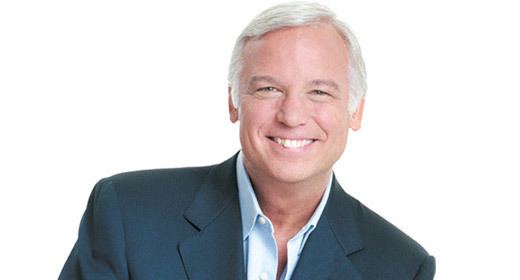 I was recently thinking about which writers have influenced me the most in my life. The three that immediately spring to mind are George Orwell, Robert Kiyosaki, and Jack Canfield.
Many people have never heard of Jack Canfield. I first stumbled upon him in the mid-1990s and I made a point of listening to all his tapes, watching his talks on video, and reading all that I could about him.
If you haven't heard of Jack yourself then I'd strongly recommend you get a copy of his book 'The Success Principles' which was first published in 2005 and republished in a revised edition in 2015. It's the type of book that might just change your life.
Below I have reproduced some of my favourite quotes by Jack Canfield - all of which could be applied to work, to business, or to life in general.


“I believe that people make their own luck by great preparation and good strategy.”
“Overcome your barriers, intend the best, and be patient. You will enjoy more balance, more growth, more income, and more fun!”
“I generally find that comparison is the fast track to unhappiness. No one ever compares themselves to someone else and comes out even. Nine times out of ten, we compare ourselves to people who are somehow better than us and end up feeling more inadequate.”
“Leaders cannot work in a vacuum. They may take on larger, seemingly more important roles in an organisation, but this does not exclude them from asking for and using feedback. In fact, a leader arguably needs feedback more so than anyone else. It’s what helps a leader respond appropriately to events in pursuit of successful outcomes.”
“One of life’s fundamental truths states, ‘Ask and you shall receive.’ As kids we get used to asking for things, but somehow we lose this ability in adulthood. We come up with all sorts of excuses and reasons to avoid any possibility of criticism or rejection.”
“It is a universal principle that you get more of what you think about, talk about, and feel strongly about.”
“The longer you hang in there, the greater the chance that something will happen in your favour. No matter how hard it seems, the longer you persist, the more likely your success.”
“Successful people maintain a positive focus in life no matter what is going on around them. They stay focused on their past successes rather than their past failures, and on the next action steps they need to take to get them closer to the fulfilment of their goals rather than all the other distractions that life presents to them.”
“Self-esteem is made up primarily of two things: feeling lovable and feeling capable.”
“If you are not moving closer to what you want, you probably aren’t doing enough asking. And you’re probably not asking the single most important question that can help you achieve a higher level of success and personal fulfilment: How am I doing?”
“Everything you want is out there waiting for you to ask. Everything you want also wants you. But you have to take action to get it.”
“There are only two words that will always lead you to success. Those words are ‘yes’ and ‘no’. Undoubtedly, you’ve mastered saying yes. So start practising saying no. Your goals depend on it!”
“Most fears cannot withstand the test of careful scrutiny and analysis. When we expose our fears to the light of thoughtful examination they usually just evaporate.”
“People who ask confidently get more than those who are hesitant and uncertain. When you've figured out what you want to ask for, do it with certainty, boldness and confidence.”
“The problem is that most people focus on their failures rather than their successes. But the truth is that most people have many more successes than failures.” 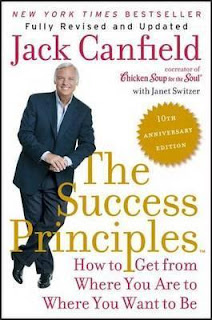