The REAL price of an iPhone 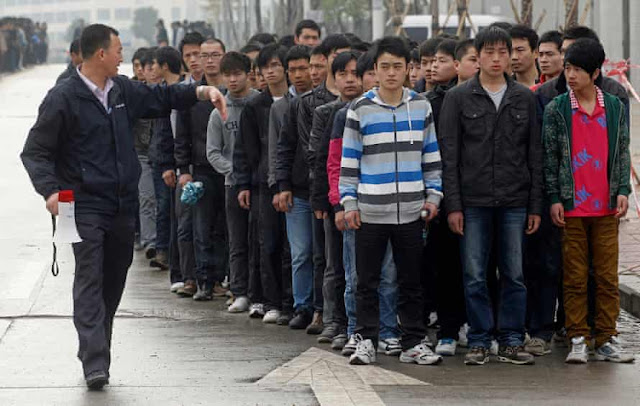 Are you giving or receiving a new Apple iPhone for Christmas? Without wanting to spoil your enjoyment of the product, you might want to first reflect on where it’s come from and who made it.

The Apple iPhone is made at several different factories around China, but for many years it has mainly been produced at Foxconn’s vast flagship plant, just outside Shenzhen. The massive factory was once home to an estimated 450,000 workers. Today, the number is smaller, but it still remains one of the biggest such operations in the world.

Foxconn became infamous ten years ago because of the high rate of suicides of assembly-line workers. Numerous workers threw themselves off the dorm buildings, sometimes in broad daylight, in desperation of having to work in sweatshop conditions. There were 18 reported suicide attempts in 2010 alone and 14 confirmed deaths. Suicide notes and survivors told of immense stress, long working hours and bullying managers who were prone to humiliate workers for mistakes, impose unfair fines, and break promises of employment benefits.

The corporate response caused even more controversy. Foxconn arranged for large suicide nets to be installed outside many of the buildings to catch falling bodies! The company also hired counsellors and workers were made to sign pledges stating they would not attempt to kill themselves! What nice employers!

And what did Apple say about this? When questioned about it, the late Steve Jobs replied: "We are on top of this. We look at everything at these companies. I can tell you a few things that we know. And we are all over this. Foxconn is not a sweatshop.”

You can draw your own conclusions, but before you do, please spend the next couple of minutes watching this short film which shows what’s really going on in the factory where YOUR iPhone was made: