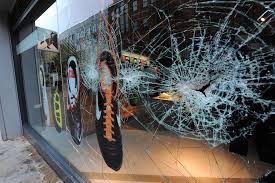 According to new research by the Institute of Customer Service, 60% of customer service workers have experienced hostility in the past year - and nearly half of those who faced abuse said customers were becoming more aggressive because of stock and staff shortages.

But the research shows that customer-facing workers in all industries (not just retail) are experiencing more abuse as a result of the pandemic and stock shortages. For example, call centre staff are facing increasing levels of abuse from customers across the UK.

According to Chris Pitt, the CEO of online bank First Direct, there has recently been an increasing level of abuse against his own staff. He claims that some customers become "abusive, swearing, and quite personal" when they feel that complaints have not been resolved. "In one example they actually found the rep on Facebook and rang them up and told them they knew what they looked like and where they worked."

Pitt continued: “We had a customer who failed security and had to do an extra verification. That customer then rang up over 150 times over the next couple of hours and was abusive to everyone they spoke to."

And even worse, one member of First Direct staff was stalked online, and others have been barraged with threatening complaints.

First Direct have now said that, in order to tackle the problem, the bank will close the accounts of highly abusive customers.

What do the experts say?

Jo Causon, Chief Executive of the Institute of Customer Service said: "Workers are saying that people are becoming more aggressive, and there is a huge concern that actually this is going to get worse as we build up to the pretty challenging Christmas period. It is across all industry sectors, in contact sectors, we're seeing it in frontline staff."

In September, Olivia Burke, the MP for Sheffield Hallam, urged the Government to adopt a bill making verbal and physical abuse of frontline workers a criminal offence.

She gave the example of a supermarket worker in her constituency who said that: "Abuse is a regular occurrence unfortunately. I've been sworn at, spat at, pushed, had trollies rammed into me, had grown men tell me they will rape and kill me."

Darren Bugg, Editor of The Customer Service Blog said: “Many businesses are currently facing staff shortages and logistics problems, resulting in disrupted stock levels and poor customer service. There is growing evidence that customers are becoming cynical and frustrated about companies using the excuse of Brexit or the pandemic every time something goes wrong.”

He continued: “There is also growing evidence that the pandemic is being used by companies as a 'get-out-of-jail card' to divert attention from their poor customer service. Although this cynicism is understandable, it can never justify the abuse of staff, bad language, or threats of violence against workers who are only trying to do their job under difficult circumstances.”

Retail leaders have called on the Government to take action against violence and abuse aimed at shop staff. In July this year, leaders of 100 brands, including Tesco, Sainsbury's, Ikea and Aldi, signed an open letter to the Government calling for greater legal protection for retail workers. In the letter, organised by the British Retail Consortium, the business leaders said the situation "cannot be allowed to get any worse".