Want to save money? Cuddle a cat! 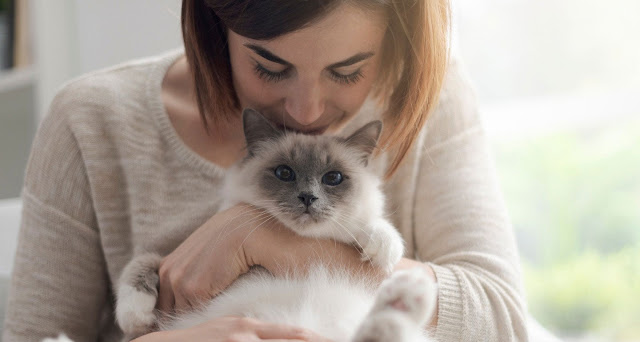 The founder and Chief Executive of Ovo Energy has publicly apologised for giving “ridiculous advice” to customers on how to stay warm in winter, amid a crisis of spiralling energy bills.

Mr Fitzpatrick went onto British TV and radio to repeat how sorry he was. "We're a large company and somebody had a bad day." he said. He also said he was "really embarrassed" by the "ridiculous advice” emailed to customers of its SSE Energy division relating to "simple and cost-effective ways to keep warm this winter."

Mr Fitzpatrick told the BBC's Radio 4 Today programme that: "I'd like to apologise again, I think this is what we're going to be apologising for, for a little while." He also said the email "should never have been written. The truth is we should have caught it,"

What was the ridiculous advice?

On a (now-deleted) SSE webpage offering tips on keeping warm in winter, SSE suggested wearing extra layers of clothing and to keep moving by "cleaning the house, challenging the kids to a hula-hoop contest, or doing a few star jumps".

Alongside stopping draughts, SSE said people could find "extra heat" by leaving your oven open after you've finished cooking and by having "a cuddle with your pets and loved ones to help stay cosy.”

Was his apology sincere?

The interesting thing about this incident is that the Ovo boss has actually won praise on social media for the honesty of his apology.

One Twitter user wrote that it was the correct response to "accept responsibility, take the flak, apologise and commit to doing better". Other people on social media have said that Mr Fitzpatrick's "genuine" and "very human apology" was the "right way" to tackle the mistake, especially considering how stupid and patronising the advice seems to be.

Nik Govier, founder Chief Executive of PR consultancy Blurred said: "Often people hide behind overtly manufactured and carefully crafted quotes rather than speaking themselves to honestly handle the situation. I think this genuine, open acknowledgement of the terrible lapse in judgement will go a long way with customers."

But Darren Bugg, Editor of The Customer Service Blog, was more sceptical. “His recent apologies on various TV news bulletins certainly sound sincere. But how do we know it’s not just an act? And how do we know that the praise on social media is genuine, and not just coming from his own PR department? At the end of the day, Stephen Fitzpatrick is an extremely wealthy man who has made his fortune from charging high prices for energy!”

What is the future for energy prices?

The Energy Efficiency Infrastructure Group has called on the Government to prioritise energy saving through home improvements, saying better insulation could save UK households more than £500 a year on energy bills.

Mr Fitzpatrick suggests that: "Unless the government comprehends how significant this is in the coming weeks, we're going to face a tragic situation where UK households cannot afford to heat their homes."

Increased oil and gas demand in Asia, a rapid recovery of some economies after lockdown, plus a summer with little wind to generate alternative power, have all contributed to rising energy costs. However, Mr Fitzpatrick said he expects wholesale energy prices to decrease later in 2022. Not that this will bother Stephen Fitzpatrick; in 2021, the Sunday Times Rich List estimated his net worth to be £675 million!!

STOP PRESS - a few days after this article was written, Ovo announced that it plans to cut a quarter of its workforce. The firm confirmed in a letter to its employees that it will axe 1,700 jobs from a total 6,200 workers.