What is the UK's worst hotel chain? 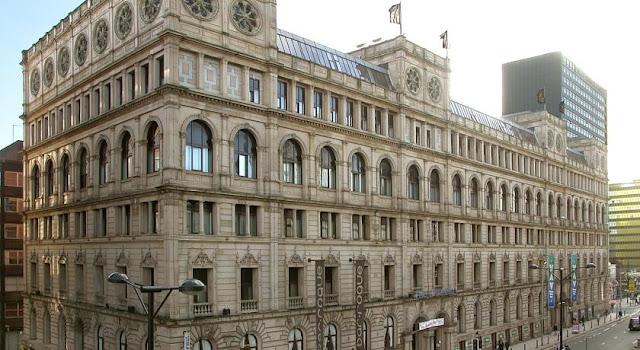 A hotel chain owned by one of the richest people in the UK has come bottom in a satisfaction survey for the second year in a row.

The Britannia hotel chain scored just 44 marks out of 100 in a study by the consumer organisation ‘Which?’. Britannia was the only chain in the survey to be awarded two stars out of five for comfortable beds and the condition of its bedrooms and bathrooms.

The chain is owned by Alex Langsam, who has an estimated fortune of £220 million. Mr Langsam was dubbed “the Asylum King” after getting £14 million in a lucrative Home Office contract to house refugees in his budget hotels in 2014.

The survey of more than 5,000 people, found that Britannia's rooms cost more than the top ranked Premier Inn hotel chain. Yet it was the only chain to get just two stars in five out of six categories.

The survey asked people to rate the UK’s largest hotel chains for cleanliness, state of the bedrooms and bathrooms, including bed comfort, mattress quality, pillows, towels, toiletries and how closely the official description matched the reality.

Which other hotels scored badly?

The value hotel chain Premier Inn (which has comedian Lenny Henry as its front-man) came top with a score of 83 and it received five stars for its comfortable beds and the condition of the bedrooms and bathrooms. But despite being top, Premier Inn was actually amongst the cheapest hotels in the survey, with an average cost of only £70 per night.

'Which?' editor Richard Headland said: “Our survey found that you can get a good night’s sleep at a top scoring chain for a reasonable cost and shows when it comes to UK hotels, you don’t necessarily get higher standards for higher prices.”

The 'Which?' Survey is backed up by other evidence. Most of the hotels in the Britannia chain get poor reviews on the Tripadvisor review site. For example, the following review of the Manchester Britannia hotel (pictured above) was posted on Tripadvisor only 4 days ago:

“Battered doors and peeling wallpaper. The smell of stale smoke hit us straight away. Really badly! Then the size of the bed…more like a single and a bit! And the size of the room too…considering it was meant to be an executive room it was a major let down. My husband, being a plasterer, noticed the ceiling straight away, which looked like it could fall in at any point. The doors where broken on the wardrobe. The bathroom wasn’t clean. The taps on the sink were very stiff and the size of the bathroom you would be lucky if you could swing a cat in it! There was also no main light in the room, only table lamps. I was going to complain in the morning but considering when I handed the key back the staff member didn’t even ask if we had had a nice stay I just wanted out. I have stayed in much cheaper and far nicer Travelodges and Premier Inns!”