What can 'I, Daniel Blake' teach us about Customer Service? 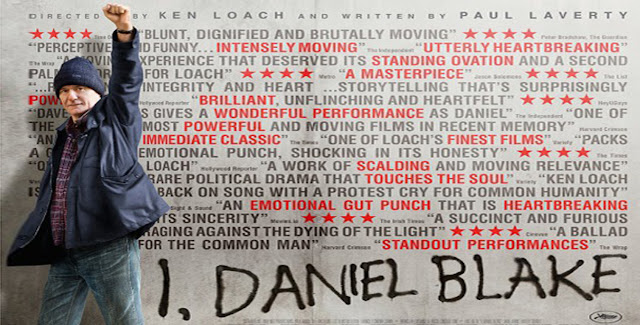 Yesterday I attempted to access my online account with HMRC. Having recently filled in my annual income tax self-assessment form, I wanted to go online to check that I had made enough National Insurance contributions. This should have been quite easy, but due to a problem with their website, I was not able to access the information.
And so I entered the crazy world of HMRC customer service. First I rang the helpline number. It was a recorded message with a long, long list of options. I pressed the option saying I was having a problem with their website. Guess what happened? Another recorded message said: "If you are having problems getting onto our online system, please refer to the help files on our website.” And then the phone hung up.
AAAAGGGGGHHHHH!!!!!! How can I access the website help files when I can’t get onto the website?!?!?!? You idiots!!!!
So it went on and on and on. After wasting several hours in telephone ‘on hold’ hell, I finally got through to a human being who took me through a myriad of security questions. I know they have to check someone’s identity, but in this case, the questions were so onerous that I began to wonder if she was going to ask me what colour underpants I was wearing!
So having got through all the security questions, I explained my problem, and she told me that she wasn’t able to help!! Now why couldn’t she have asked what my problem was BEFORE going through the security check? At least this would have saved some time.
Thankfully, after many more phone calls and hassles, the problem has now finally been solved.
But while I was going through this experience, I couldn't help thinking of an excellent film I have seen recently: I, Daniel Blake.
Now on the face of it, there is no comparison. My problem was related to the government agency that TAKES money from me (HMRC) and the dilemma faced by Daniel Blake was in dealing with the government agency that GIVES you money (the Benefits Service).
But the interesting thing is that in many respects, the customer service nightmares created by both organisations are very similar, and the problems that service users experience have very similar causes.
So what happens to Daniel Blake?
I, Daniel Blake is a film by the British Director Ken Loach, who is well-known for making ‘kitchen sink’ genre films, with a strong left-wing political bias.
The film begins with a phone conversation being played out over a black screen. Following a heart attack, skilled joiner Daniel Blake (played by the excellent Dave Johns) has been informed he can’t work by his GP. To claim Employment and Support Allowance (ESA) he has to undertake a Work Capability Assessment. Despite having filled in the application form, and the fact that it is the weakness of his heart that is preventing him from working, he is forced to answer a series of health questions that have no relevance to his situation.
In trying to claim the benefits he has a right to, Blake encounters official obfuscation and obstruction in a Kafkaesque nightmare world of form-filling and waiting many hours ‘on hold’ on the phone, to be continually passed around between different advisers.
When he eventually does get to speak to an adviser, he is told to “go online” to fill in the relevant forms - something he can’t do as he doesn’t own a computer, and in any case doesn’t know how to use one.
When Blake finally receives a letter informing him that he has failed to achieve the necessary 15 points on his Work Capability Assessment, he is told he cannot appeal until he receives a phone call from the ‘Decision Maker’ to tell him the content of the letter he has received. No time scale is given and until the appeal, he will not receive benefits. He can however apply for ‘Jobseekers Allowance’, but getting this depends upon his spending 30 hours a week trying to find work. But, he cannot work because his doctor has said he is not fit to work!! In other words, he is in catch 22.
I have to stress that this film is very politically biased, and some of the scenes appear to have been grossly exaggerated for political effect. For example, the Job Centre manager is portrayed as a nasty sadist, a role which has clearly been exaggerated for effect.
Likewise, when Blake attends a CV writing workshop, the trainer comes across as an unpleasant idiot who has utter disdain for benefits claimants.
(This scene especially annoyed me because I do occasional training work myself with unemployed people - and all the trainers I have ever met are lovely caring people that go out of their way to give help and support to the unemployed).
But putting the political bias to one side, the film is a brilliant illustration of how customer service can go badly wrong when a system is made too bureaucratic and too hierarchical, so that the people in charge lose touch with the everyday realities of the people they are supposed to be helping.
There are many customer service lessons that can be learnt from this excellent film, and I would certainly recommend you go to see it. But the main lesson from the film is really obvious: never forget why you are in a customer service role - to serve the customer.