Are all customers equal? 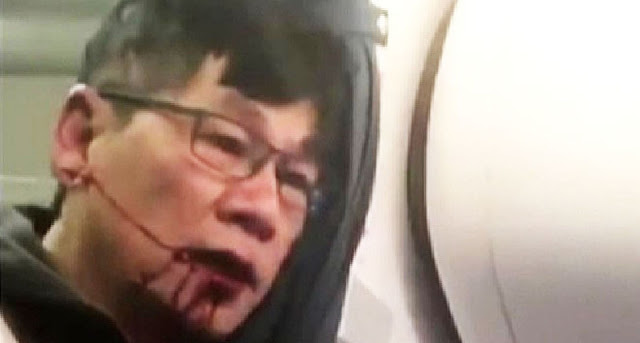 A few weeks ago an appalling customer service story emerged from the USA. A passenger on a domestic flight on a United Airlines plane was forcibly ejected from one of their aircraft, simply because the airline needed some spare seats for its own staff.
The passenger concerned, Dr David Dao, had a valid ticket for the flight, but under American law the airline were perfectly within their rights to request he transferred to another flight, and in fact, this practice is very common in the United States.
The issue at stake wasn’t so much the fact that he had been asked to transfer flights, but that airline staff violently ejected him when he refused to move. Worse still, this was captured by another passenger on their mobile phone, and this footage has been seen by hundreds of millions of people around the world.
Over the last few weeks there have been literally thousands of articles written about this incident, most of them approaching it from the “shock-horror” perspective of a company being violent to one of its own customers.
As much as this is an appalling incident, I have deliberately avoided the subject so far on this website, because many of the articles I’ve seen have just been looking at the shock value, rather than what we can actually learn from it about customer loyalty.
However this excellent article (see below) by New York based journalist Alison Shrager, takes a totally different approach, looking at the story from the perspective of customer loyalty, and how the airlines view different customers in different ways. Clearly not all airline customers are equal. And this is why.

A few years ago I was booked on a flight from Kansas City to Newark that was running a few hours late. Shortly before we boarded, the reason for the delay trickled out: Our plane was leaking fuel. All requests to switch flights were denied.
But then several passengers’ names were called, mine included. We were placed on another flight due to leave around the same time, to reduce the weight on the leaky plane. And I wasn’t randomly selected - I got picked because of my ‘1K frequent flyer’ status.
As I boarded the new, non-leaky plane, I got a glimpse of what the first class passengers on the Titanic must have felt like (though the leaky plane landed just fine in the end).
I thought back on this story when news broke about the United passenger who was violently dragged off an overbooked flight on Sunday. The scandal, driven in part by the airline’s ham-fisted PR response, has exposed a significant division between hardy road warriors and more infrequent flyers.
Virtually everyone, business class and coach class alike, agrees that the male passenger - recently identified as Vietnamese doctor David Dao - was treated abysmally. No one deserves to have their face bloodied.
Beyond that, there’s a parting of the ways: Many infrequent travellers are outraged that purchasing a ticket does not give a customer the right to actually fly on their chosen flight - even, in rare cases, after boarding has taken place.
Many elite fliers, on the other hand, are more sympathetic to United. They argue the airline business is complex and only works if everyone follows the rules. If someone asks you to get off the plane, it’s unpleasant but you have to do it. Of course, that’s easy for the elites to say - they’re the last ones forced to give up their seats.
But they have a point. It is true that airlines are cutting corners and cutting back on services. But they also charge less. The average inflation-adjusted airfare fell 30% in the last twenty years.
Even after you account for add-on fees, it’s still cheaper to fly than it’s ever been. Still, most passengers haven’t lowered their expectations accordingly. Of course, it is not too much to expect that no one will physically drag you off the plane. The way Dao was treated was horrific and inexcusable.
But even if the situation was handled terribly, United was within its rights to demand the seat. Overbooking - or in United’s case, bumping passengers for flight staff - is one reason why fares are low in the first place. The current system allows airlines to reduce delays and charge lower prices overall.
About 40,000 ticketed passengers were involuntarily bumped off US planes last year. The denial rate has been fairly steady over the last 20 years.
United Airlines accounted for 3,765 of passengers denied boarding in 2016, out of more than 86 million flyers - roughly in line with the industry average, as it has been for years.
The sad truth is that airlines single out passengers they think are more expendable and less valuable as customers - the people who have a discounted ticket and no frequent flyer status. Airlines make most of their money off their loyal business flyers. They are less price sensitive because someone else (their employer or clients) pays for their travel.
Higher fare classes and frequent flyers pay more, but they also are treated with more courtesy. In that way, the economics of airlines are a reflection of the entire modern economy: Consumers are offered more than ever before, often very cheaply, but at the price of cruel indignity to many.

Allison Schrager is an economist, writer, and pension expert. She has written for numerous publications including The Economist and Bloomberg Business Week.