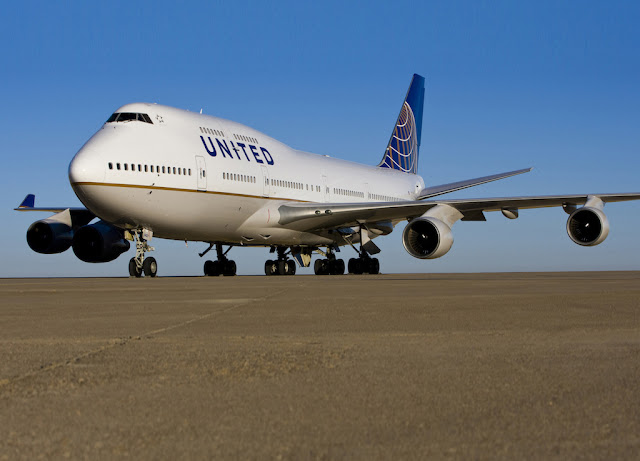 It might sound too good to be true. But in a desperate bid to salvage some credibility following the appalling customer service incident a few weeks ago, United Airlines are offering passengers up to $10,000 (£7,700) for giving up their seats on overbooked flights.
But interestingly, this generous offer came only AFTER rival airline Delta outlined plans to offer up to $9,950 in similar cases.Those of us who are cynical might wonder why the amount is just slightly higher than the figure offered by United's main rival.
United Airlines said it would “increase customer compensation incentives for voluntary denied boarding up to $10,000,” and also promised action to reduce overbooking and improve customer satisfaction.
According to a spokesperson: “Our goal is to reduce incidents of involuntary denial of boarding to as close to zero as possible and become a more customer-focused airline.”
United has been embroiled in controversy after videos recorded by fellow passengers showed David Dao, a Vietnamese doctor, being forcibly dragged from his seat aboard a United flight about to fly from Chicago to Louisville. This action was to make room for other airline crew members. United typically oversells flights by up to 3% of the plane’s capacity, in order to account for ‘no-shows’.
Dao lost two front teeth in the incident, incurred concussion, and also broke his nose. According to his lawyer, Dao will now sue the airline for a substantial sum of money.
United said it would no longer call law enforcement to deny passengers boarding, nor would passengers (who are already seated) be required to give up their seats on overbooked flights. United also said it will adopt a “no questions asked” policy on permanently lost baggage, paying customers $1,500 for the value of the bag and its contents.
“This is a turning point for all of us at United,” chief executive Oscar Munoz said in an official statement. Munoz, who took the CEO role at United in 2015 as part of an effort to improve customer relations, has faced calls to step down after referring to Dao as “disruptive and belligerent” in a statement after the incident.
It sparked a national controversy about how airlines treat their customers, in an industry comprising of just a handful of competitors in the USA, following many years of mergers and consolidations.
But the wider question is whether this new move by United Airlines will be enough to salvage their reputation. This appalling customer service disaster has now led to a much more damaging PR disaster. And as we all know, when you combine a customer service disaster with a PR disaster, many companies struggle to survive.