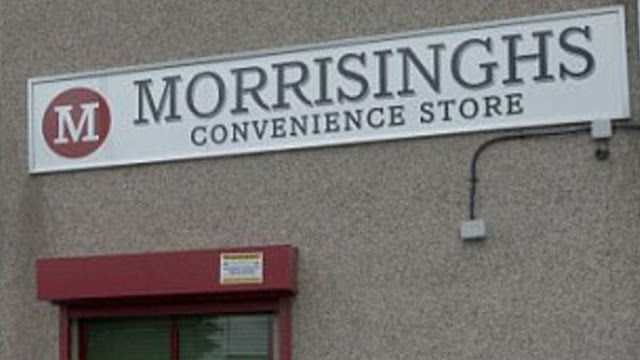 Morrisons supermarket has recently proven that having a sense of humour and communicating well with your customers can have spin-off public relations benefits.
Earlier this month the supermarket gave its backing to the owner of a convenience store that changed its name to ‘Morrisinghs’, even though he used a very similar logo to the official logo of the supermarket giant.
But Sainsbury's (one of Morrisons’ main rivals) has made itself look petty and vindictive by not adopting the same friendly attitude.
The convenience store, owned by Jel Singh Nagra, was originally called ‘Singhsbury's’. The sign outside looked suspiciously like the Sainsbury’s logo, using the same typestyle and the same distinctive orange logo.
Sainsbury’s threatened legal action against Mr Nagra unless he took down the sign outside his shop in West Allotment in North Tyneside.
Mr Nagra complied with their request, but he said his customers still called it Singhsbury's because the name had stuck. But after a revamp of the store, a customer suggested it was time for a new name. So Mr Nagra came up with ‘Morrisinghs’ instead.
Unlike the heavy-handed approach by Sainsbury's, their rivals Morrisons could see the humour in this situation and have allowed Mr Nagra to keep the new name and logo - even though it is very similar to their own branding.
A Morrisons spokesman said: "Mr Nagra and his customers obviously have good taste so we wish him well."
Mr Nagra said: "It's just meant as banter. I wanted to put West Allotment on the map. We are not in competition with them. I take my hat off to Morrisons - well done to them. This is all meant in jest."
And the result? The story appeared in nearly every national newspaper in the UK and on national TV and radio. Morrisons have been depicted by the media as the nice, friendly supermarket, while Sainsbury's have been depicted as the big nasty company that has no sense of humour and threatens legal action against a small businessman.
Which only goes to prove that good communications and a friendly approach will not only endear you to your customers, but it can also have some very positive benefits to your public image.