What is the best Hotel in the UK? 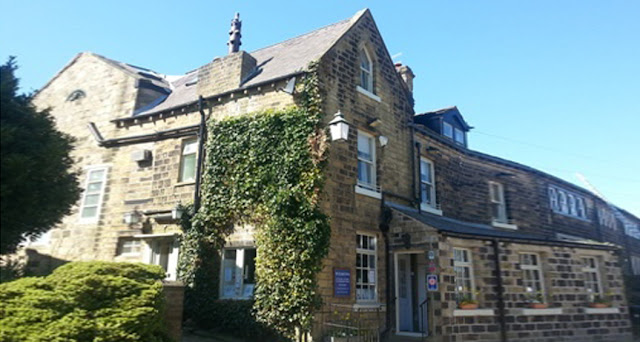 What is the best hotel in the UK, and which big city is it based in? You will be surprised to discover that the hotel voted best in the whole UK is NOT in any major city, but is in a tiny village made famous by the Bronte Sisters.
The title of 'Best Hotel in the UK' has been awarded to a small property in the West Yorkshire village of Haworth.
Wilsons of Haworth, an independent bed and breakfast hotel has soared past big city competition to claim the prestigious award.
Wilsons is situated within sight of The Bronte Parsonage and the cobbled Haworth Main Street. The picturesque village is where the Bronte sisters wrote their famous novels and poems, and the moorland setting had a profound influence on their work.
Awarded Best Hotel in the United Kingdom by HotelsCombined this delightful property beat over 46,000 other hotels, guest houses and apartments from across the UK.
Paulina Krolikowska from HotelsCombined said: “The Recognition of Excellence awards celebrate the very best accommodation for delivering exemplary customer service. We are proud to name Wilsons of Haworth as the top place to stay in the UK as they most consistently scored 10 out of 10 points. While Haworth is world-famous for its literary links and preserved steam railway, it’s surprising to see it take out larger towns and cities that offer better known properties.”
The judging panel noted a distinct differential in the offering of rural accommodation compared to the major cities.
Krolikowska said: “While only independent hotels were eligible for the awards, the best properties in terms of consistent and verifiable customer service seem to be found in villages and towns across the UK, rather than concentrated only in major cities.
The awards are based on data from customer feedback including quality and consistency of guest reviews, customer ratings, the absence of recurring or unresolved issues, blogs, forums and social media posts.