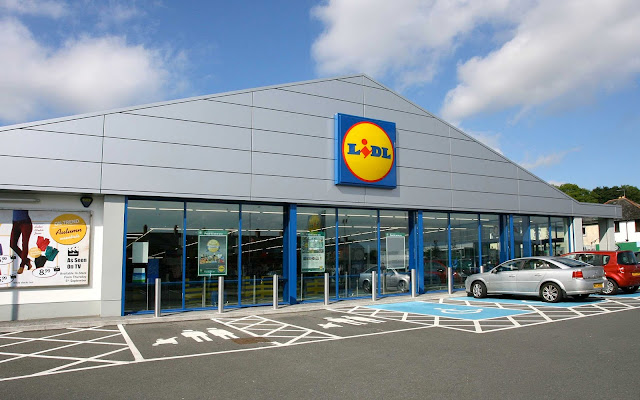 The German discount supermarket Lidl has now overtaken Waitrose to become the UK's seventh largest supermarket, according to market share figures that have just been published.
According to research by Kantar Worldpanel, Lidl has increased its market share to 5.2%, up by 0.7% since last year. Meanwhile, with a 5.1% market share, Waitrose has been pushed back into eighth place.
According to Fraser McKevitt, head of retailer and consumer insight at Kantar Worldpanel: "Ten million households visited Lidl stores during the past 12 weeks, with alcohol and fresh produce performing particularly well as the retailer increased sales by 18.9% overall. Lidl is growing sales 40% faster with families than with households without children."
Since the financial crash in 2008, the ‘Big Four’ supermarkets (Tesco, Sainsbury's, Asda and Morrisons) have faced increasing pressure from both sides of the grocery market. They have lost market share both at the luxury end of the market (Waitrose and M&S) and also at the cheap discount end of the market (Aldi and Lidl).
But despite difficult economic conditions, grocery market share figures from March 2017 onwards show that UK supermarkets are experiencing their best sales growth in five years.
All of the ‘Big Four’ supermarkets still managed to grow sales for the fifth consecutive period, a run of success not seen since 2013. However, this period of sustained growth hasn't been enough to entirely offset pressure from the discount stores like Aldi and Lidl. The ‘Big Four’ now account for just 69.3% of the UK grocery market, which is down from 76.3% five years ago. This trend seems likely to continue with both Aldi and Lidl regularly opening new stores all over the UK.
The UK Supermarket Top 10
Tesco (27.8%)
Sainsbury's (15.8%)
Asda (15.3%)
Morrisons (10.4%)
Aldi (7%)
Co-op (6.3%)
Lidl (5.2%)
Waitrose (5.1%)
Iceland (2.1%)
Ocado (1.4%)