This man must hate his customers 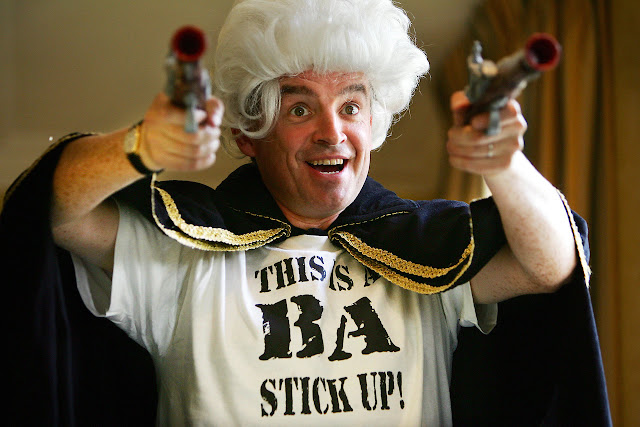 Ryanair’s recent cancellations debacle has meant that 400,000 bookings will be scrapped because of a shortage of pilots and problems relating to their holiday allowances. If you are a customer of Ryanair who has booked one of these flights then their attitude is “TOUGH”. It serves you right for choosing a cheap flight with a cheap airline.
Ryanair really don’t care what customers think about them, because they know there are enough people who are prepared to put up with terrible service, so long as they can save money.
All well and good so far. But the business model of ‘pile it high and sell it cheap’ will always eventually fail in the end, because sooner or later your rivals will start cutting prices to buy a slice of your market share.
Any business that offers cheap prices, combined with poor customer service, can never be sustainable in the long term. There’s nothing wrong with adopting a low-price business model, but you STILL have to offer good customer service alongside the low prices.
The problems this month at Ryanair should be absolutely no surprise to anyone who has ever flown with them. Ryanair has always shown utter contempt for its customers, and this starts right at the top, with the company’s long-standing Chief Executive Michael O’Leary.
So we thought it would be fun to reproduce a few of O’Leary’s quotes, just to illustrate the contempt he has for the people that pay his outrageous salary (which according to the Irish Post is €3.26m).
On refunds:
"You're not getting a refund so **** off."
On overweight passengers:
"Nobody wants to sit beside a really fat ****** on board. We have been frankly astonished at the number of customers who don't only want to tax fat people but torture them."
On turbulence:
"If drink sales are falling off we get the pilots to engineer a bit of turbulence. That usually spikes up the drink sales."
On travel agents:
"Screw the travel agents. Take the ******* out and shoot them. They are a waste of bloody time. What have they done for passengers over the years?"
On going to the toilet:
“One thing we have looked at is maybe putting a coin slot on the toilet door so that people might actually have to spend a pound to spend a penny in the future. If someone wanted to pay £5 to go to the toilet I would carry them myself. I would wipe their bums for a fiver.”
And most outrageous of all:
In 2004 a court ruled against Ryanair in its decision to charge a man with cerebral palsy and arthritis £18 to use his wheelchair on a flight. The airline vowed to appeal against this decision, and responded by saying it would introduce a 50p wheelchair levy on every passenger to cover the costs.