How to Complain about your Energy Company 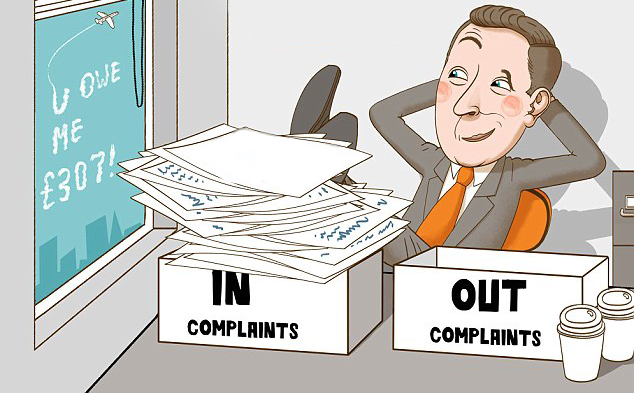 I’ve been recently having a lot of problems with an energy company relating to a house that I own. The house belonged to my Mum who died at the end of last year. I inherited the house and have been using Scottish Power as the energy supplier.
The house itself has been empty for many months while it is being refurbished, and therefore virtually no energy has been used. The energy tariff I have been using - provided by Scottish Power - has a very low daily standing charge, but a high unit charge.This means that the bills should be very cheap, so long as not much energy is used at the property.
Back in May I had reason to phone Scottish Power and during the conversation the customer service representative suggested that I have a smart meter installed. I wasn’t that interested, but she was so pushy (do they get commission?!) that I ended up agreeing to having the new meter fitted anyway, just to shut her up!
This was the start of all the problems. As soon as the new meter had been fitted, the final readings from the old meter were taken and sent to Scottish Power.
But of course, these correct meter readings were ignored.
The following month I received a large bill from Scottish Power based on ‘estimated’ meter readings which didn’t take account of the fact that my Mum had passed away, the house was empty, and virtually no power had actually been used.
I phoned Scottish Power and asked them to send a new bill based on the correct meter readings. They ignored me and sent another demand for the incorrect amount.
Over the next month, I phoned them on five separate occasions (each time having to wait at least half an hour ‘on hold’ to get through to them).
Each time I asked for a correct bill to be sent based on the actual meter readings. Each time they ignored me and just kept sending repeated demands to pay the large (incorrect) bill. These demands had also started getting more sinister, mentioning debt collection agencies and other implied threats.
After five phone calls to their customer service team (all of them ignored) I emailed Scottish Power to complain. And what happened? You guessed it, they ignored my email as well, even though I am sure it was sent to the correct email address.
This was now getting very stressful and upsetting. After all, I was being threatened by a big energy company who were trying to get me to pay a large amount of money (that I didn’t owe them) and repeatedly ignoring all my phone calls and emails.
In fact it was only after 3 months of complete hell that I finally resolved the issue and got the correct bill, and even then, it was only after I had written to their head office threatening to take the matter to the Energy Ombudsman.

What’s going wrong at Scottish Power?
I did a bit of detective work and discovered that Scottish Power has seen a large increase in complaints over the last two years. They received 2,813 complaints per 100,000 customers in the third quarter of 2017, which is up from 2,212 at the beginning of 2016.
Scottish Power is also officially one of the worst companies for resolving complaints within eight weeks (the point at which the ombudsman steps in to help).

1. Complain directly to the company
First of all, make a formal complaint to the company itself. Scottish Power's customer service team can be contacted on 0800 040 7002 (free from a landline) or if you are a business customer then call them on 0800 074 0062.
Alternatively, write to Scottish Power, Customer Services, Freepost SCO5388, 320 St Vincent Street, Glasgow G2 5AD.
A little trick you could try is to send a letter to the Chief Executive of the company marked "private and confidential" - although this trick doesn’t always work as the energy companies are getting wise to it. So it is also worth emailing them at the direct email address.
It’s usually quite easy to work out what their direct email address is. For example, the Scottish Power CEO is called Keith Anderson and his direct email address is keith.anderson@scottishpower.com
If this doesn’t work, you could also try contacting other senior directors at the company, such as Hamish Watson (human resources director) at hamish.watson@scottishpower.com.

2. Start a fuss on social media
Complaining on social media can be very effective because so many people get to see your complaint and the energy company don’t want to generate bad publicity amongst potentially thousands of people.
It’s very easy to find out the Facebook and Twitter addresses of all the energy companies. For example, on Twitter, Scottish Power can be found at @ScottishPower and their Facebook address is Facebook.com/ScottishPower

3. Contact the Energy Ombudsman
If your complaint still hasn't been resolved within eight weeks, then the final step is to make a formal complaint to the Energy Ombudsman.
This is a free and impartial service for energy consumers. It will investigate customer complaints and its decision is binding, so Scottish Power would have to pay if the Ombudsman finds in the customer's favour.
For more details call 0330 440 1624 or email: osenquiries@os-energy.org or write to Ombudsman Services: Energy, PO Box 966, Warrington WA4 9DF.