The Perils of Black Friday 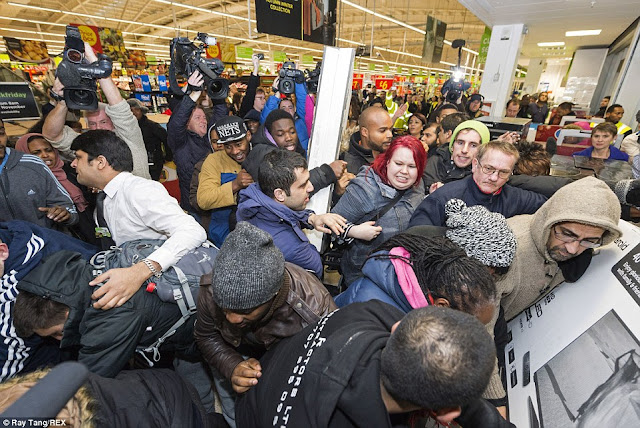 Big fashion retailers are so disillusioned with the damaging effects of ‘Black Friday’ that many of them are refusing to take part in this year’s annual discount bonanza.
House of Fraser, Marks & Spencer and Selfridges will all trade as normal on Friday 23rd November. Even online fashion retailers will be stepping back from the annual event, which one supplier said had become a “nightmare” due to customers loading up on cheap purchases that they then return.
Marks & Spencer CEO Steve Rowe said: “We will not engage in discounting for Black Friday. We will be making sure any discounts are passed on to our customers in lower prices all year round.”
Black Friday, which traditionally falls on the Friday after Thanksgiving in the US, was introduced to the UK by Amazon in 2010. It has been popular with British shoppers, but not the shops themselves. Richard Hyman, a well-known retail consultant, claims that “Black Friday has probably been the most stupid retail import from the USA this country has ever seen. To launch a promotion when you are trying to promote your Christmas range is very confusing for customers.”
Fashion stores, unlike companies which sell electrical goods, dislike Black Friday because discounting their prices so early in the festive season means that clothing chains are forced to cut prices on goods that they could have sold at full price right up to Christmas.
But retailers that sell bigger items, such as TVs and electrical goods, believe that they are able to tempt shoppers to part with cash for expensive items at a time when they have more money in their pockets. So therefore companies like Currys PC World and Argos will take part in Black Friday this year, even though clothing retailers like and M&S and House of Fraser are avoiding the event.
As for online retailers, many of them intensely dislike Black Friday because customers tend to buy a lot of items and then just send them back, causing chaos to their delivery networks and leading to complaints when items arrive late. This is followed by online warehouses becoming clogged-up with all the returns, resulting in customer complaints when they don’t get immediate refunds.
It’s a simple fact that trying to win customer loyalty through heavy discounting during the festive season is completely pointless. It only attracts the type of customers who are motivated by price cuts, and who will then subsequently switch allegiance to another supplier as soon as the price goes back up again in the new year. It seems that many UK retailers have finally learnt this lesson.
To see hundreds more articles click here to visit our archive
Location: Leeds, UK