Is this the most disgusting company in the UK? 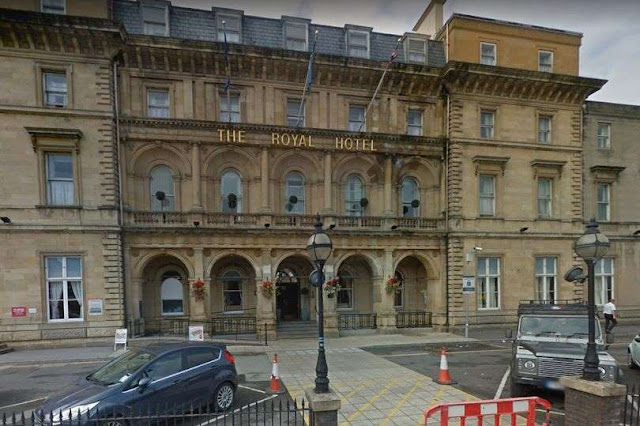 In a previous article on this blog, we revealed that the most disliked hotel chain in the UK was Britannia Hotels which has come bottom in the ‘Which’ customer satisfaction survey for several years in a row.
Well you might have thought that this hotel chain couldn’t sink any lower, but it has now emerged that the Britannia Royal Hotel in Hull has plumbed new depths. As part of the Raising the Roof homeless project, charity fund-raiser Carl Simpson paid £1,092 for 14 twin rooms at the Britannia Royal Hotel, in Hull, for Christmas Eve and Christmas Day.
Carl informed the hotel of the booking details and who would be staying in the rooms over the two nights, but he was left shocked when he received a call on Saturday where he was allegedly told the booking had been cancelled. The booking would have given 28 homeless people a safe place to sleep for Christmas.
Mr Simpson went onto the charity’s Facebook  page to upload images of receipts and invoices from the hotel and emails confirming the booking. He said he was “absolutely gutted” by the decision and said his goal to get Hull's rough sleepers off the streets for Christmas is now in jeopardy.
According to him: “We approached the Hotel and told them exactly what we were doing. They were quite happy with it and even got us a 20 per cent discount. They knew homeless people were coming to the hotel and I even went in and paid by card but then yesterday out of the blue I got a phone call to say that they had cancelled the booking and that they would refund us.”
“I asked them what the reason was and they said that they weren’t sure and that they would get back to us. The phone went on hold and then they said they couldn’t tell me - they didn’t seem bothered at all.”
The £1,092, which has been amassed with the help of generous members of the public, will now be paid back to Mr Simpson but he says it could take a few days for the money to be returned.
Last year, Mr Simpson was able to get 24 rough sleepers inside the Ibis hotel in Hull on Christmas Eve and Christmas Day, and he was keen to repeat his efforts this year.
He went on to say that: “We got the receipt for it so on Thursday at our soup kitchen we told them all that they were sorted for Christmas. They were over the moon and we wanted to tell them that to give them something to look forward to instead of dreading Christmas like they usually do by reflecting on what they’ve lost. Now, we are going to have to break this news to them and it’s heart-breaking.”
“These people don’t have a great deal to look forward to but this would have given them a little bit of a lift so to have it taken away from them at the last minute is devastating for them. We are not sure if we will get anywhere else because everywhere is booked up and the longer we wait the more expensive the rooms get.”

What we think at The Customer Service Blog
Having somewhere safe and warm to sleep during the festive period, especially when the weather is bad, can be the difference between life and death. In addition to deaths from hypothermia, Christmas is the most depressing time of year for many people, and suicide amongst homeless people is higher over Christmas than at any other time of year.
The actions of this hotel (if proved to be true) are heartless and unforgivable. How ironic that this hotel chain made so much money by winning a lucrative £14 million Home Office contract in 2014 to house refugees. Incidentally, the chain is owned by Alex Langsam (dubbed by the media as 'The Asylum King') who has an estimated fortune of £220 million.
Hopefully the British public will vote with their feet and boycott this shoddy hotel company.

NB: The opinions expressed by Mr Simpson are his own personal opinions and do not necessarily reflect the views of this website. Britannia Hotels has been contacted for a comment by the media, but has so far not commented publicly on this matter. If they do make a public statement we will be happy to publish it on The Customer Service Blog.