Is this the worst airline in the world? 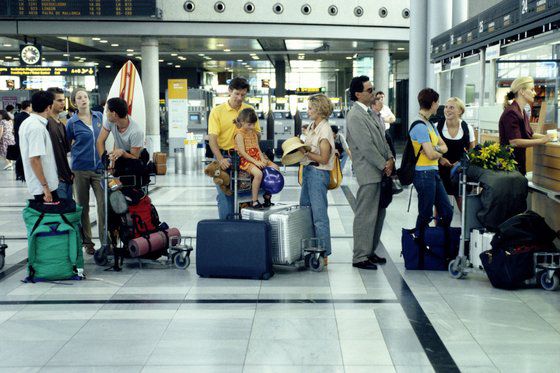 A survey of 8,000 air passengers by the consumer organisation 'Which' has revealed the least liked airline in the UK. And it is the same company that has won this dubious ‘award’ for six years in a row!
The Which survey of airline passengers ranked Ryanair at the bottom of 19 carriers flying from the UK. The UK's other large airlines, Easyjet and British Airways were ranked at 11th and 15th in the survey. Easyjet beat British Airways for food and drink, customer service and value for money, but both airlines received low ratings for seat comfort.
Ryanair had a bad year last year. They not only experienced strike action in 2018, but there were also many issues with cancelled flights (with the company refusing to offer passengers compensation). In addition, Ryanair annoyed and confused their customers by introducing new baggage rules no less than three times!
The airline also left passengers angry with its boarding processes, seat comfort, food and drink offering, and cabin environment. In fact, according to Which "thousands of respondents" said they would never fly with Ryanair again. When asked in the survey who they would never fly with again, 70% of respondents said Ryanair!
The top five airlines in the survey were the little known Aurigny Air Service, followed by Swiss Airlines, Jet2, and Norwegian/Dutch carrier KLM.

Are Ryanair really that bad?
Despite being voted the worst airline in the UK for six years running, Ryanair still predicts it will carry 141 million passengers this year.
Independent aviation consultant Chris Tarry claims that despite the low satisfaction ratings, customers were still happy to fly with Ryanair. According to him: "Ryanair still represents great value for a huge amount of people. What they receive is what they expect." Mr Tarry also said that the airline had endured "a tough year" but still generates "huge amounts of cash” and that “painful lessons have been learnt."
A Ryanair spokesperson said: "Ryanair passenger numbers have grown by 80% in the past six years and the website Ryanair.com has become the world's most visited airline website.”
So what is going on in the minds of airline customers? How can Ryanair be so financially successful when they are consistently voted the most disliked airline in the country?
The answer is simple really. Just because customers dislike a particular company, it doesn’t mean that they won’t do business with that company. This is because other factors come into play aside from customer dissatisfaction.
The classic example is that of banks. Research has shown that customer dissatisfaction with banks does not always lead to a reduction in customer loyalty. People’s reluctance to change banks (despite poor satisfaction levels) is a good example of how customers sometimes remain loyal, despite being dissatisfied. Indeed, research into customer loyalty in banking revealed that 80% of dissatisfied customers said they intended to change banks, but only 10% were expected to actually do so (Haurant, 2004).
Other research by Reichheld (1996) suggests that some dissatisfied customers may choose to remain loyal to a company simply because they don’t expect to get any better service, even if they did change.
Then, when you factor in the consistently low prices offered by Ryanair, it doesn’t seem so strange that airline passengers are prepared to put up with poor (sometimes terrible) customer service in exchange for a large saving in the cost of their journey.
As mentioned previously in this blog, customer satisfaction and customer service are not the same thing. And customer behaviour is not driven purely by levels of satisfaction, or in the case of Ryanair, the level of dissatisfaction.
But the one thing that Ryanair would do well to remember is that if a company has consistently low levels of customer satisfaction, then they have to give customers another reason to buy from them. And if this means cutting prices, then they are at risk of other competitors entering the market that offer both low prices AND good customer service.