Is loyalty just another opportunity to rip-off your customers? 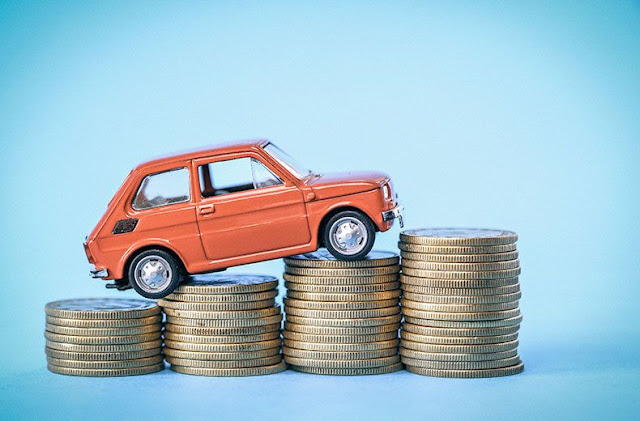 Are you sick to death of your car and home insurance premiums going up every year, even though you are a very loyal customer and have never made a claim? It seems that you are not alone!
We recently spotted this excellent article by Andrew Vine in the Yorkshire Post newspaper, and thought it was so good, that we have reproduced it below. We acknowledge their ownership of the copyright of the article.

The annual merry-go-round of changing home and car insurers has begun in my household, thanks to a corporate culture of regarding loyal customers as suckers to be ripped off.
I guess we’re all familiar with this routine. Stick with an insurance company for more than a year, and as surely as night follows day, the premium will be hiked by a completely unreasonable amount.
Mine aren’t going up by just a few pounds. My home and contents insurer is asking for an increase of more than 10 per cent, and the car insurance is going up by 12 per cent, despite no claims being made on either policy.
I got on the phone to both, and asked the same question. What has happened in the past 12 months to make me a greater risk to insure, and therefore the subject of a significantly increased premium?
For all the sense I got out of them, I might as well have asked for a concise explanation of the origins of the universe. This probably isn’t a question included in the brief for call centre employees. Waffle and obfuscation were the only responses.
So I wrote to the managing directors of both companies asking the same question, on the principle that they, of all people, would be able to provide an explanation. Surprise, surprise, there hasn’t been a reply from either, the letters presumably having been filed in the bin marked “awkward squad”. A waste of time, and a couple of first-class stamps? Yes, probably, but there’s a point here, and it’s that more of us need to be kicking back against being taken for fools who can be soaked for money.
What a grubby and disreputable racket this is was underlined by the Financial Conduct Authority last week, which found consumers are overpaying by £1.2bn a year. Disgracefully, one in three of the estimated six million people being overcharged is classified as in some way vulnerable, including the elderly who may find it difficult or daunting to shop around for cheaper insurance.
The FCA is considering banning automatic price increases, or compelling insurers to move their customers to cheaper deals if the industry doesn’t clean up its act.
It will announce measures to bring insurers into line next year after consulting consumer groups. Good. Let’s hope the Authority waves a very big stick at them, because this exploitation of people fulfilling the legal requirement to have vehicle insurance, or safeguarding their homes against the unexpected has gone on for far too long.
There simply isn’t any rational reason for price rises on the scale of those imposed on customers renewing their policies. It’s a matter of naked greed on the part of insurers who bank on people glancing at the documents that arrive and just paying up for another year, especially if the premiums are collected by continuing direct debit, or that slippery practice of automatic renewal. The insurers are relying on customers failing to compare prices, whether it’s because they have other things on their minds or they trust companies to treat them fairly.
And I can understand why so many people don’t shop around. At the end of a busy working day, trawling through price comparison websites, or insurers who have to be contacted individually because they aren’t included on these sites, is a time-consuming chore.
The aspect of the way we’re being treated that really sticks in my throat is that it amounts to a cynical manipulation of loyal customers. Talk to any independent trader, and they’ll tell you how much loyalty is prized.
Repeat business is a banker, the bedrock on which businesses are built. That’s why independents treat their customers fairly. They want them to come back. But that seemingly goes out of the window when it comes to insurance. Regular customers are regarded as mugs, to be taken advantage of and overcharged.
There’s something very wrong with a corporate culture that effectively penalises loyalty. It’s short-sighted because it alienates customers and makes them resentful. There are insurers that I simply refuse to do business with because of the way they have attempted to hike premiums.
Yet year after year, these companies fail to learn the simple lesson of treating loyal customers well. It’s all about luring new business in, rather than trying to accomplish that whilst at the same time hanging on to the trade they already have.
I’ve spent a couple of hours finding new insurers for both house and car, at prices less than the renewal quotes. But I’m under no illusions. Come this time next year, the whole dreary cycle will be repeated, with inexplicable and unjustifiable hikes in premiums.
A gap in the market awaits for insurance companies that take a different (and, although it’s an increasingly antiquated notion) honourable view of their relationship with customers, treating them fairly instead of regarding loyalty as the opportunity for a rip-off.