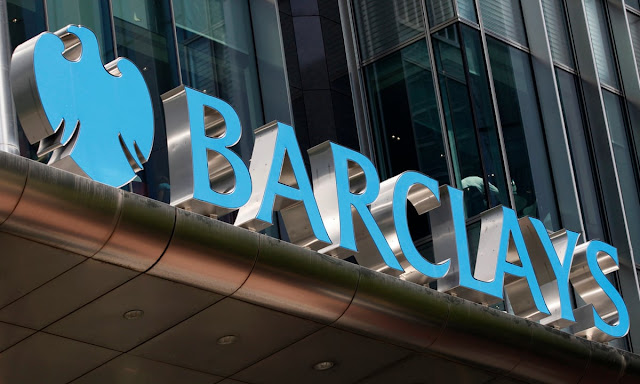 Regular readers of this blog will know that I take a keen interest in the subject of customer loyalty within the banking industry.

It’s an often-quoted (but true) cliché that people in the UK are more likely to get divorced than to switch their bank! And that’s despite the fact that, when asked in research, most people complain about the poor customer service of their bank. Most customers complain about their bank, and yet still remain loyal to them!

It’s a sad fact that most banks treat their customers in an appalling way, and it is often the most famous big banks (like Nat West, Barclays, HSBC and Lloyds) that are the worst offenders. So it didn’t surprise to discover that Barclays has just been fined £26 million for the way it has recently treated customers who fell into debt or experienced financial problems.

The fine was imposed by the Financial Conduct Authority (FCA), who said that Barclays' poor treatment of its customers "risked making these difficulties worse."

Among those badly treated were people experiencing bereavement, and customers who were not given sustainable or affordable repayment plans. In fact, I personally faced a lot of difficulties with Barclays myself three years ago when my Mum died. They made a traumatic time even worse for me, by their incompetence and lack of sympathy when I was trying to sort out her financial affairs.

What has Barclays done wrong?

According to the FCA, Barclays’ employees did not have appropriate conversations with their customers in order to understand why they were facing financial problems. Then when they put repayment plans in place, they were delayed, had errors with payments, or charged interest and fees during a ‘breathing space’ hold on payments.

Barclays has been forced to compensate all those affected, paying over £273m to 1.53 million customer accounts since 2017. The problems affected individual current account holders and small business customers between April 2014 and December 2018.

The FCA said Barclays knew about many of the shortcomings in its systems and controls as early as 2013, but failed to adequately resolve them until late 2018.

According to Mark Steward of the FCA: "Firms must treat consumer credit customers fairly, including when they find themselves in arrears. We will take action against unfair treatment, or where firm systems expose customers to the risk of unfairness. While this case predates the pandemic, this message is especially important as the impact of coronavirus continues to affect household incomes and budgets."

A Barclays spokesperson said: "Barclays is a responsible lender and we strive to achieve good outcomes for our customers. We would like to apologise to those customers for not providing the level of service we should have."

The view of The Customer Service Blog

A good bank should always strive to properly understand their customers' personal situation and have a sympathetic response to those who fall into arrears through no fault of their own. This is especially important in the current difficult times that we are living through, with many people either losing their jobs or being put on furlough. If the banks don’t take a more sympathetic view, then customers could end up desperately trying to pay back their debt to the bank, instead of prioritising more important payments such as their mortgage payments, rent, council tax, child support payments, or utility bills.