And if you thought the banks were bad... 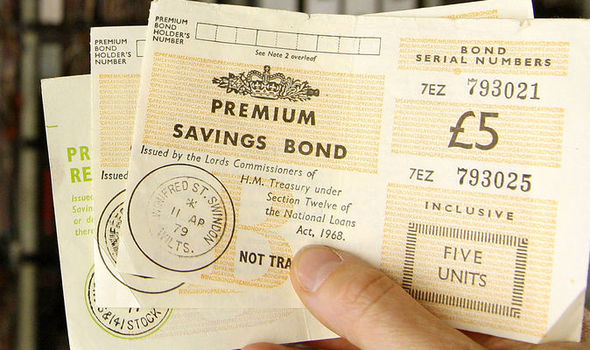 National Savings and Investments (NS&I) have been condemned for their shoddy customer service by the Government’s Treasury Committee.

Investments managed by NS&I (which includes Premium Bonds and various other savings accounts) are guaranteed by the Treasury, and help to raise money for the government. They were previously known as the Post Office Savings Bank and also National Savings.

The organisation was recently accused of causing anxiety to customers who waited an average of 20 minutes for their calls to be answered last Autumn.

But it’s not just long phone waiting times that are the problem. NS&I have also received much criticism for slashing interest rates almost to zero, with little publicity or advanced warning.

In response to the coronavirus crisis, NS&I set targets to raise more money. Its comparatively high rates of interest brought an influx of new customers. This meant that nearly £24 billion was raised between July to September.

But the rates of interest were then slashed to almost zero at very short notice, leading to a massive exodus of savers, and resulting in a net loss of £9.5 billion in funds in the final three months of 2021.

Phone calls from people wanting to withdraw money flooded in. But NS&I couldn’t cope with the number of calls, resulting in long waits for customers on the phone, and slow responses to written correspondence. According to the Government’s Treasury Committee, this has resulted in a "great deal of anxiety" for customers.

NS&I claim that their call waiting times averaged 17 minutes in September, 20 minutes in October and 19 minutes in November. But many customer will vouch for the fact that they had to wait much longer than this to speak to someone at NS&I about their savings and investments.

In a letter to the Treasury Committee, NS&I Chief Executive Ian Ackerley said: "I am very sorry for those customers who experienced poor service last year and I am determined to return NS&I to delivering the high quality service our customers have been accustomed to for many years now." Regarding the change to Premium Bonds, he added that: "I regret that we undertook this change at a time when our operations were under stress."

Customer Service Blog Editor Darren Bugg says: “I was myself a victim of the shoddy customer service of NS&I. Early in 2021, I opened an Income Bond account with them and deposited a large amount of money into this account. Then in November, at very short notice and with little publicity, they slashed the interest rate of this investment product from 1.16% to an incredibly low 0.01%.”

“It’s a very shoddy way to treat your customers, especially as many of the customers of NS&I are elderly people who are not tech-savvy and would need to run their accounts by telephone rather than online.”

“Moreover, this cut in interest rates appears to be a cynical ploy to increase profits. They were obviously hoping that many of their customers would not realise about the cut in interest rates, which is why the change was given little publicity. Even now, there are probably thousands of investors who don’t realise that the rates have been cut to virtually zero per cent. These people will be losing money without even realising it.”

“But to add insult to injury, NS&I made it very difficult for customers to phone them to withdraw money, or close their accounts. And the worst thing of all is that NS&I is actually part of the Government - not a private sector bank. They are a non-ministerial government department and an executive agency of HM Treasury. So we are seeing the bizarre situation where the Government’s Treasury Committee is condemning the poor customer service of one of its own departments!”