The 20 Best Quotes of Elon Musk 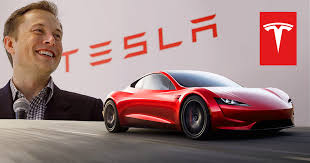 Elon Musk is a business magnate, industrial designer, and engineer. He is most famous for being the founder, CEO, and chief designer of SpaceX and also the CEO, and product architect of the Tesla car company. Musk is a centibillionaire and is one of the richest people in the world.

Musk was born to a Canadian mother and South African father and raised in Pretoria, South Africa. He briefly attended the University of Pretoria before moving to Canada at the age of 17 to attend Queen's University. He transferred to the University of Pennsylvania two years later, where he received dual bachelor's degrees in economics and physics.

In 1995 he relocated to California USA to attend Stanford University, but decided instead to pursue a business career, co-founding the web software company Zip2 with his brother Kimbal. The startup was acquired by Compaq for $307 million. In 1999. Musk co-founded the online bank ‘bankX.com’ which merged with Confinity in 2000 to form the company PayPal, which was subsequently bought by eBay in 2002 for $1.5 billion.

In 2002 he founded SpaceX, an aerospace manufacturer and space transport services company, of which he is CEO and lead designer. In 2004, he joined electric vehicle manufacturer Tesla Motors, Inc. (now Tesla, Inc.) as chairman and product architect, becoming its CEO in 2008.

Since 2008, Musk has been involved in numerous other business projects, such as SolarCity, a solar energy services company and OpenAI, a non-profit research company that promotes friendly artificial intelligence. In 2016, he co-founded Neuralink, a neurotechnology company focused on developing brain-computer interfaces. He also founded The Boring Company, a tunnel construction company. Musk has recently been working on the ‘Hyperloop’, a high-speed vactrain transportation system.

Musk has made numerous interesting and inspirational quotes relating to business. Here are my 20 favourites:

"When something is important enough, you do it even if the odds are not in your favour."

"Some people don't like change, but you need to embrace change if the alternative is disaster."

"Failure is an option here. If things are not failing, you are not innovating enough."

"There's a tremendous bias against taking risks. Everyone is trying to optimize their ass-covering."

"It's OK to have your eggs in one basket as long as you control what happens to that basket.”

"People work better when they know what the goal is and why. It is important that people look forward to coming to work in the morning and enjoy working."

"My biggest mistake is probably weighing too much on someone's talent and not someone's personality. I think it matters whether someone has a good heart."

"Starting and growing a business is as much about the innovation, drive, and determination of the people behind it as the product they sell."

"The first step is to establish that something is possible; then probability will occur."

"Really pay attention to negative feedback and solicit it, particularly from friends. ... Hardly anyone does that, and it's incredibly helpful."

"If you get up in the morning and think the future is going to be better, it is a bright day. Otherwise, it's not."

"People should pursue what they're passionate about. That will make them happier than pretty much anything else."

"When Henry Ford made cheap, reliable cars, people said, 'Nah, what's wrong with a horse?' That was a huge bet he made, and it worked."

"You shouldn't do things differently just because they're different. They need to be... better."

"It's very important to like the people you work with, otherwise life [and] your job is gonna be quite miserable."

"As much as possible, avoid hiring MBAs. MBA programs don't teach people how to create companies."

"Don't delude yourself into thinking something's working when it's not, or you're gonna get fixated on a bad solution."

"It is a mistake to hire huge numbers of people to get a complicated job done. Numbers will never compensate for talent in getting the right answer (two people who don't know something are no better than one), will tend to slow down progress, and will make the task incredibly expensive."