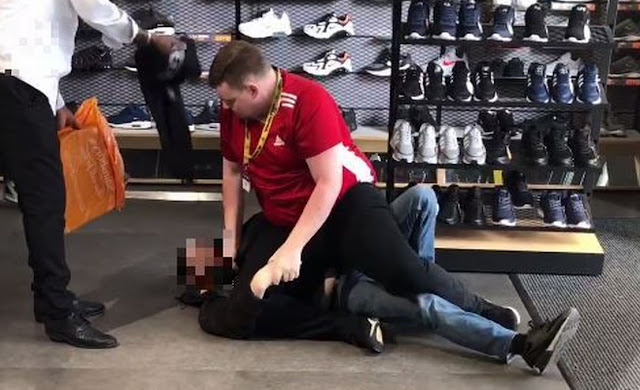 Violence and abuse against retail staff is increasing, but according to research by the British Retail Consortium (BRC) it is rare for offenders to ever be prosecuted. In fact, only 6% of incidents actually result in a prosecution.

BRC research shows there were an average of 455 incidents a day in 2019, which up 7% on the previous year. But disturbingly, the BRC believe that things have worsened during the coronavirus pandemic. They now want the Government to provide greater legal protections for all shop workers.

According to research by the organisation, the abuse can range from workers being spat at, to weapons, such as syringes and knives, being used to threaten staff. The BRC claim that shop workers face aggression over many issues, including asking customers for age verifications, and requesting that customers respect coronavirus safety measures.

Has coronavirus made things even worse?

According to retailers, social distancing restrictions have become a major flashpoint. For example, the Co-op's policy director, Paul Gerrard, says that coronavirus has been "weaponised" with colleagues spat on or coughed at, or threatened with syringes and other weapons, simply for doing their job.

In fact the Co-op has recently reported a 76% rise in anti-social behaviour and verbal abuse towards its staff during 2020, which equates to more than 100 incidents a day.

What can the Government do?

The Scottish Government has already passed The Protection of Workers Bill making it a new specific offence to assault, abuse or threaten retail staff. The BRC would now like the national Government at Westminster to follow suit. They claim that this would send a clear message to perpetrators that their behaviour is unacceptable, as well as give better protection for the three million staff who work in the retail sector.

They are also calling for violence or abuse towards a retail worker to be made a statutory offence in England and Wales, as is already the case in Scotland

The Chief Executive of the BRC, Helen Dickinson OBE posed the question: "Will retail workers in England and Wales ever receive the protection they deserve? Despite clear evidence showing the escalation of violence and abuse against retail workers, the government has time and time again chosen not to act."

"These are not mere statistics. Those affected are our parents, our partners and our children, all of whom needlessly suffer, just for doing their job. Many incidents arise as staff carry out their legal duties, including age verification and more recently, implementing Covid safety measures."

What is the view of the Government?

According to a Home Office spokesman: "It is completely unacceptable to threaten or assault retail staff, not least when they are working so hard to keep vital services running."

"The Sentencing Council has set out guidelines that mean courts should be increasing sentences for assaults committed against those providing a service to the public, including shop workers. Last month the Minister for Crime and Policing launched the Shopkind campaign in collaboration with retailers to ask customers to shop with kindness, alongside resources to improve the reporting of these crimes and offer support for victims."