Do you trust your energy supplier? 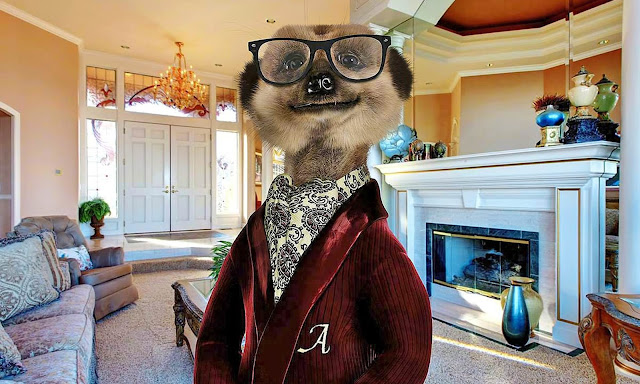 I’ve recently switched my energy supplier from E.on to British Gas. I was hoping to have a simple switch-over process, but it’s been a flipping nightmare from start to finish!

Like many people in the UK, I switch my energy supplier around once a year when the contract comes up for renewal. Each year it’s the usual procedure of receiving a renewal reminder two months before the fixed term contract is due to expire. Then, like many people, I use price comparison websites to come up with a better price.

Almost always, those cheeky Meerkats come up with a price that is better than what I have been quoted by my existing supplier. So I switch over to the new supplier that is offering a better deal.

We all know why this happens. Nearly all of the main energy suppliers offer special deals on price comparison sites for new customers only. They then rely on existing customers to remain loyal, even when the price goes up.

A few years ago, this tactic would be effective because there would always be a sizeable number of people who couldn't be bothered to check whether they were getting the best deal. So when their contract expired at the end of the fixed term period, the customer would be put on a standard variable charge which was a lot more expensive than their fixed price deal.

But in more recent years, people are getting wise to this, and are using the various price comparison sites to find a better price every year when their fixed term contract expires.

Unfortunately not! This is often where the problems start. Because once you've decided to switch supplier, there is the question of what date the switch-over will take place, and what meter readings will be passed on to the new supplier in order to calculate your final bill.

So when it came for me to switch suppliers myself, I discovered that (through no fault of my own) E.on had been vastly undercharging me for almost the whole year. This meant that I was left with a shortfall of nearly £300 to pay in my final bill.

It would seem very simple just to phone the two companies to check that had got all correct  readings, and that my final bill was accurate.

But as we all know (see article dated 31.08.20) the coronavirus pandemic is the new 'excuse' for call centres to take ten times longer to answer the phone. And boy did I have to wait a long time ‘on hold’ to speak to a customer service agent from E.on (my existing supplier)  and British Gas (my new supplier).

Happily, I’ve now sorted everything out, paid the £300 shortfall to E.on - and started a contract with my new energy supplier.

But was it just me?

I had almost forgotten about the hassles I’d experienced a few weeks ago until I discovered that, just like me, many other gas and electricity customers are still receiving inaccurate bills on a regular basis.

This is according to research by the charity Citizens Advice, who have ranked energy companies based on a series of criteria including customer service.

Citizens Advice say that many people, whose finances are already stretched by the pandemic, face further difficulties after receiving incorrect energy bills. Their research suggests that there is now a big divide between the best and worst performing energy suppliers in the UK - and it’s getting worse!

The charity has raised particular concerns about inaccurate billing, suggesting that suppliers ranked in the bottom five failed to provide a correct bill for a massive 15% of their customers!

These problems were then often made worse as customers were unable to contact the company to ensure things were put right - exactly the problem I faced a few weeks ago during my own energy switch.

One elderly customer told Citizens Advice: "I've contacted my supplier so many times and they say someone will get back to me. But no-one ever calls me back."

Clare Moriarty, chief executive of Citizens Advice, said: "All companies have a responsibility to deliver the best possible service to their customers and it is disappointing to see such a wide chasm between those who are taking this seriously and those who are not. When customers with billing errors are unable to contact their supplier for help, it can cause immense stress. These problems are even worse for those who are already worried about money."

A spokesman for Energy UK, which represents the energy suppliers, said: "Energy suppliers produce millions of energy bills each year and in the rare cases where errors are made, they need to be fixed quickly." He also claimed that energy suppliers were striving to improve service and maintain standards, suggesting that the introduction of smart meters would produce more accurate bills, more choice, more control, and better visibility to consumers.

Let’s hope he is right, because it’s appalling that up to 15% of energy bills are incorrect, especially at a time when many vulnerable people are struggling to pay their bills at all, let alone pay a bill that is higher than it should be.