Cashing in on the Pandemic 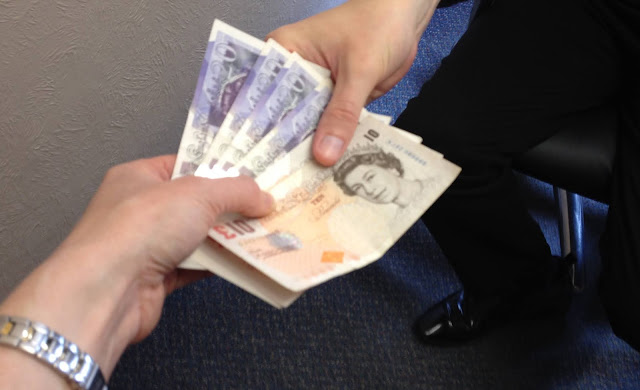 One of the unexpected consequences of the coronavirus pandemic has been the shift from using cash to paying with credit or debit cards.

This has been fine for some people, but not everyone has access to payment cards, and some people simply don’t like using cards and prefer good old fashioned coins and banknotes. In fact, recent research suggests that at least eight million people in the UK regard cash as a necessity.

The number of payments made with notes and coins dropped by 35% last year, according to banking trade body UK Finance. This reflects the reduced opportunities to pay for things during lockdowns. But it still accounted for 17% of all payments, making it the second most-popular way to pay behind debit cards.

Some charities and consumer rights groups fear that eventually many retailers could stop accepting cash altogether if it becomes too burdensome to process. The charity Age UK have said that people required the same guarantee of access to cash as they do for running water, electricity and the postal system.

With this in mind, the Government has just published some long-awaited proposals that are designed to ensure notes and coins remain available to those who need them. This will not only help vulnerable customers, but is also important for many small businesses, especially in remote areas with few banks.

What is the Government Proposing?

The Government is proposing that consumers and businesses should have a legal right to withdraw and deposit cash within a “reasonable distance” of their home or premises.

Small businesses, particularly, have been affected by closing bank branches. Travelling further to deposit their takings costs time and money.

The Treasury has already thrown its weight behind the use of local shops as an alternative to ATMs. It is keen on the idea of shops offering ‘cashback’ to all customers, even if they have not made a purchase.

In its new proposals, the Government says that people should not have to travel beyond a reasonable distance to withdraw or deposit money, even if they are in low population areas.

According to a Treasury spokesperson: "The government proposes that these geographic requirements would be set on the basis of cash access facilities being available within maximum distances of a minimum percentage of the population."

Initially, the Treasury is suggesting that people should not have to travel more than 1 km, but the actual distance could be extended over time if cash becomes less popular.

Other considerations include whether the facilities are appropriate for vulnerable people, are accessible for people with disabilities, have adequate opening hours, and are safe for high-value cash deposits.

It is proposed that The Financial Conduct Authority will oversee the new system, and consultations will continue to take place until the autumn. In the meantime, various trials of banking hubs and community services, to help people who need cash, are taking place during the spring and summer.