Less reasons to shop at Morrisons? 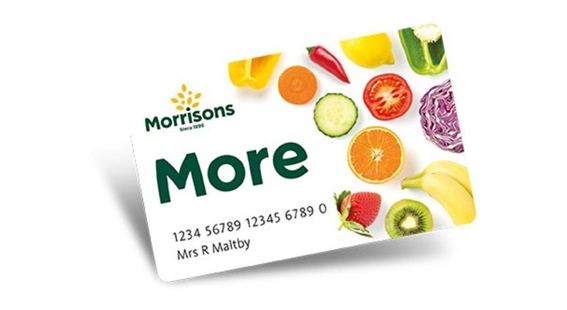 In the 1980s, the British supermarket chain Morrisons used to have a famous TV advert which showed animated grocery items singing: “More reasons, more reasons, more reasons to shop at Morrisons!” It helped to make them one of the most likeable brands in the UK. (NB: If you don't remember this cheesy TV advert, then there is a link to watch it again at the end of this article).

But the supermarket has recently faced heavy criticism - especially on social media - for the cynical way it has abandoned its ‘More’ loyalty card scheme.

Under the old card scheme, customers were able to use their card to collect ‘More points’ when buying in-store, online, and at its petrol stations. The collected points would then become vouchers. Customers received five points for every £1 spent, and 5,000 points were worth £5 in Morrisons vouchers.

The new scheme, which is now called ‘My Morrisons’ doesn’t allow the customer to collect points. Instead they receive money-off discounts and personalised offers.

Shoppers have taken to Twitter to express their anger at the changes, some even saying that they will shop at Tesco instead. Here are a few examples of recent messages posted on Twitter:

“With the amount I previously spent at Morrison’s I would get a fiver a month from More points. Since you replaced the More card with discounts for me on targeted products I’ve saved precisely 20 pence. Bye Bye Morrison’s. Tesco’s gets my business now.” (Keith Wallis)

“@Morrisons any news on how I can use my 4,185 points I accrued prior to you changing your #More card scheme?” (Lynne Deery)

“When you changed to Match & More, I lost points on my old @Morrisons card. I have an online voucher I can't spend, and now you're changing again. Please ask @Tesco how to run a simple and rewarding loyalty card scheme.” (Stephen Wilkinson)

“@Morrisons you’ve changed the more card points system to now receiving money off instead, all my offers seem to be in store. I’m a delivery pass holder as I choose to shop online and only visit a store as few times a year - no reward for loyalty.” (Stacey Swindells)

The Blog’s Editor, Darren Bugg said: “I was caught out by these changes myself. I’d been saving up my ‘More’ points and was close to having enough to get a £5 voucher. One day, I went to my local branch in Leeds to fill up my car with diesel. I handed my card to the cashier and she said: “You only need a few more more points to get your voucher. It’s a shame, because the scheme expires in three days time!”

“I didn’t realise the scheme was about to end because Morrisons failed to advertise the changes widely enough (probably a deliberate ploy). It would have been impossible for me to accumulate the required 5,000 points within the next few days, so I literally lost all of my accumulated points, and I will now never receive the £5 voucher.”

“At the very least, Morrisons should have given their customers much more advanced notice that they were going to end their loyalty card scheme. And they should have advertised it widely, to give customers enough time to take action before the scheme was ended.”

“At the end of the day, I have only lost a £5 shopping voucher, which isn’t a massive amount. But the way Morrisons have handled this process leaves a bad taste in the mouth, and it calls into question how much they really care about their loyal customers.”