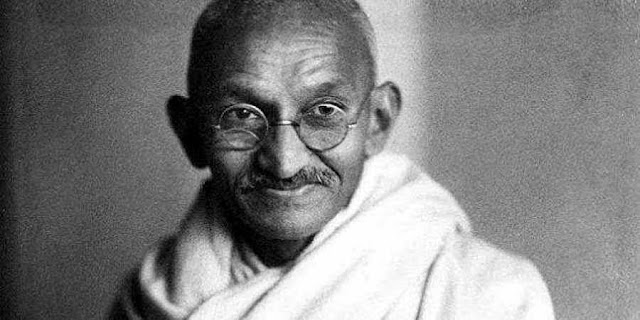 Mahatma Gandhi is revered as one of history’s most inspirational figures. Throughout his life Gandhi was a campaigner for the rights and dignity of all people, and he was famed for his calm, courage and compassion in the face of oppression.

Born ‘Mohandas Karamchand Gandhi’ in Porbandar, India in 1869, he was later nicknamed Mahatma (which means ‘great soul’). He became a spiritual leader and is widely regarded as the father of Indian independence.

Gandhi was assassinated by Nathuram Godse, a Hindu nationalist, on 30th January 1948. His birthday (2nd October) is commemorated in India as a national holiday, and is celebrated throughout the world as the United Nations International Day of Non Violence.

Here are my ten favourite inspirational and motivational quotes by Mahatma Gandhi:

“A man is but a product of his thoughts. What he thinks he becomes.”

“The future depends on what you do today.”

“Nobody can hurt me without my permission.”

“An ounce of practice is worth a thousand words.”

“The best way to find yourself is to lose yourself in the service of others.”

“Glory lies in the attempt to reach one’s goal and not in reaching it.”

“Freedom is not worth having if it does not include the freedom to make mistakes.”

“Service which is rendered without joy helps neither the servant nor the served.”

“If I have the belief that I can do it, I shall surely acquire the capacity to do it even if I may not have it at the beginning.”