The 10 most inspirational quotes of Bill Gates 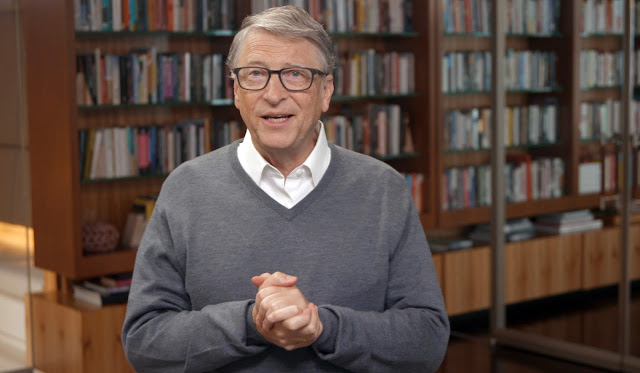 William Henry Gates III is an American business magnate, software developer, investor, author, and philanthropist. He is the co-founder of Microsoft, along with his late childhood friend Paul Allen. During his career at Microsoft, Gates held the positions of chairman, CEO, president and chief software architect. He is considered to be one of the best-known entrepreneurs of the microcomputer revolution of the 1970s and 1980s.

Since leaving day-to-day operations at Microsoft in 2008, Gates has pursued various business and philanthropic ventures. He has given massive amounts of money to various charitable organisations and scientific research programmes through the Bill & Melinda Gates Foundation (the world's largest private charity).

Through the Foundation he led a vaccination campaign which significantly contributed to the eradication of the wild poliovirus in Africa. In 2010, Gates and his friend Warren Buffett founded The Giving Pledge where they and other billionaires pledge to give at least half of their wealth to philanthropy.

These are my ten favourite inspirational quotes by Bill Gates:

“We all need people who will give us feedback. That's how we improve.”

“If you can't make it good, at least make it look good.”

“It's fine to celebrate success but it is more important to heed the lessons of failure.”

“Your most unhappy customers are your greatest source of learning.”

“I have been struck again and again by how important measurement is to improving the human condition.”

“Success is a lousy teacher. It seduces smart people into thinking they can't lose.”

“Like almost everyone who uses email, I receive a ton of spam every day. Much of it offers to help me get out of debt or get rich quick. It would be funny if it weren't so exciting.”

“Don't compare yourself with anyone in this world. If you do so, you are insulting yourself.”