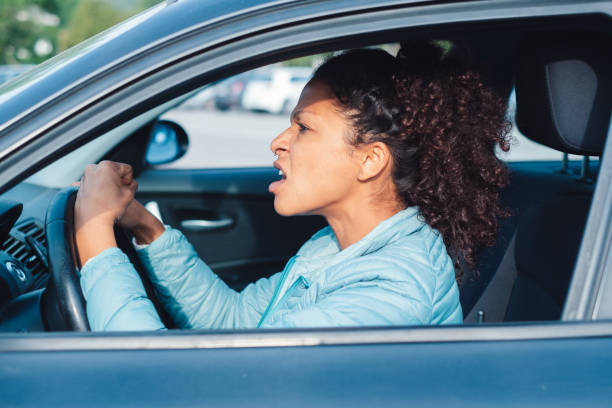 Are people from BME communities facing discrimination from insurance companies? The charity Citizens Advice thinks so, and they have called on financial regulators to investigate concerns that people from black and ethnic minority backgrounds could be paying more for car insurance.

Citizens Advice conducted an investigation which found that people faced a £250 annual ‘ethnicity penalty’ for car insurance. The charity analysed 18,000 car insurance costs of people across England and Wales who came to Citizens Advice for debt help last year. It concluded that, on average, people from ethnic minority backgrounds paid £250 per year more than white people - regardless of gender, age and income.

Using a mystery shopping exercise, it also said that in postcodes where more than 50% of the population were from ethnic minority backgrounds, there was a penalty of at least £280 a year. The charity claims that local risk factors such as the crime rate, deprivation, road traffic accidents and population density could not account for the price differences.

According to Citizens Advice, insurance data is processed through complex algorithms which are difficult to analyse. The concern is that alternative data could be used as a ‘proxy’ for the ethnicity of customers, and it has called on the Financial Conduct Authority (FCA) to investigate.

What do the Insurers Say?

The Association of British Insurers (ABI) said insurers never use ethnicity as a factor when setting prices. This is to comply with the law on discrimination in the provision of goods and service. James Dalton, its director of general insurance policy, said: "All other rating factors being the same, two people of different ethnicities who live in the same postcode will pay the same premium for their car insurance.”

"Insurance is priced on individual risk levels and there are many different risk-related factors that are used to calculate the price of a car insurance policy which, as Citizens Advice recognise, should not be looked at in isolation but ethnicity is not one of them. However, we recognise this report raises an important public policy debate."

What do the Experts Say?

According to Clare Moriarty, Chief Executive of Citizens Advice: "It is time for the FCA to lift the bonnet on insurance firms' pricing decisions and ensure no one is paying more because of protected characteristics like race. The use of algorithms has real-world implications for real people. They must be applied with caution, under the careful scrutiny of regulators."

An FCA spokesman said: "We welcome Citizens Advice's work on this important issue. Their analysis highlights a risk of discrimination based on race and raises some potentially challenging questions for insurers. Firms must also be able to assure themselves, and us, that any risk factors they include also do not result in discrimination. We will continue to consider any evidence we receive of concerns around pricing."

What is the view of The Customer Service Blog?

Darren Bugg, Editor of The Customer Service Blog said: “If Citizens Advice is correct that people from non-white backgrounds are charged more for car insurance, then this could create a legal minefield. The Equality Act 2010 doesn’t only cover ‘direct' discrimination, but also ‘indirect' discrimination. Many businesses don’t realise the full implications of this.”

“For example, an insurance company might say that they don’t discriminate, because people within a certain postcode all pay the same insurance regardless of their race (all other factors being equal). So that means they are not guilty of ‘direct’ discrimination.”

“But what if they charge higher premiums for people living in postcode areas that are heavily populated by people from BME communities? How do we know if this is because of a genuine higher risk in that particular area? Or is it a case of ‘indirect’ discrimination?”

“The algorithms used by the insurance companies are not transparent, and it is almost impossible to know how decisions are made regarding insurance risk factors.”

“Sometimes the ways that insurance premiums are calculated seem to be totally bizarre, regardless of your racial background. For example, I recently renewed my own car insurance. Although I have recently purchased a very expensive top-of the-range Mercedes, my premium has actually gone DOWN by £100 this year. This is despite the fact that the car is worth over double my previous car. But even more bizarrely, a slight change in my job title last year resulted in a drop in my insurance premium, even though I don’t use my car for commuting or work purposes anyway!”

“I suspect that Citizens Advice might be correct in their claim that people from BME communities are suffering ‘indirect' discrimination. But how can anyone prove it?”

Darren Bugg is an expert on the Equality Act 2010 and runs courses on the subject. If you would like more details please click here