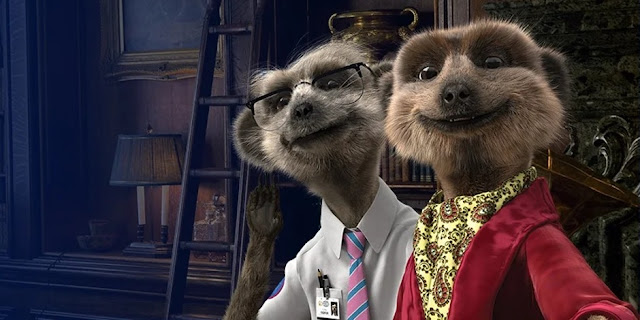 Compare The Market - the well-known price comparison website - has announced that its TV adverts will no longer be shown around news bulletins whilst the Ukraine conflict is taking place.

The TV ads - which have run since 2009 - feature Russian billionaire Aleksandr from Moscow and his sidekick-cum-servant Sergei,  whose ‘simples’ catchphrase has become so popular that it is now officially listed in the Oxford English Dictionary.

Over the last year, Compare The Market has spent an estimated £90 million on marketing in the UK, with about two thirds of that money being focused on these television adverts.

But the press statement given by the company is weirdly patronising to the customers, and also completely bizarre.

A spokesperson for financial services firm BGL (who own the brand) said: “The meerkats are fictional characters. They have no association with Russia and the current situation.”

WOW!! I'm glad they've cleared that up. I seriously thought that these were real meerkats that could really talk - and they were advising Putin on his military strategy!!