Warning to anyone hoarding postage stamps 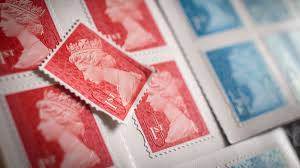 Warning: if you have a supply of postage stamps hidden away, then after 31st January 2023 you'll no longer be able to use them. This is because Royal Mail is moving to a new barcode system. After the cut-off date, postage stamps will not be valid and you will have to pay a surcharge, although Royal Mail hasn't yet confirmed what the surcharge will be, or how it will work in practice.

'Special' commemorative stamps, such as the Doctor Who collection, and also some Christmas stamps, will be the only exception, as these are not being phased out and can continue to be used after 31 January 2023.

Royal Mail will let you 'swap out' these stamps for free

You will be able to exchange current stamps for barcoded ones for free under a new 'Swap Out' scheme, which opened on 31st March 2022.

To do this, you just need to fill in a 'Swap Out' form on its website or get one from a local delivery office (not a standard Post Office). You'll then have to post back the stamps that you want to swap to a Freepost address. We're waiting to find out if there are any limits on the numbers you can swap and if you're covered for non-delivery.

Martin Lewis, founder of MoneySavingExpert.com said: "For years, every time stamps go up in price I've suggested people stock up and bulk-buy in advance, as provided the stamp doesn't have a price on it and instead just says the postage class, it's still valid after the hike. This has been an effective tactic, as a first-class letter stamp is now 85p - a decade ago it was just 60p.”

"So this change will come as a shock to the many stamp-hoarders out there. It's the first time I can remember you've not been able to just lick it and stick it. And we don't yet know if you'll still be able to swap the stamps after March 2023, so this is a call to arms (or tongues) to ensure you either use 'em or swap 'em."

Some people are hoarding over £1,000 worth of stamps

This shake-up is particularly key for people who have stockpiled stamps ahead of planned price rises in order to cut costs. Stamp prices typically rise each April with first-class stamps currently costing 85p and second class 66p.

One person, who did not want to be named, said they had thousands of stamps at home after routinely buying them in lots of about £100 to £150, to avoid future price increases. They say they have more than £1,000 worth in total and were also particularly worried about how this change would affect older generations.

They said: "Older people, like my late dad, are used to getting stamps by the booklet and keeping them in drawers, and will just not realise they can't be used from next January."

Barcoded stamps are designed to be more secure

The addition of a barcode will mean that each new stamp will be unique, which Royal Mail says will provide an "additional security feature". Each barcode will have a "digital twin" and the two will be connected using the Royal Mail app, although the barcodes will not allow users to track their post.

Non-barcoded stamps have already begun to be phased out. Post Offices and shops that sell stamps will receive stocks of barcoded ones over the next few months. Each retailer will continue to sell its existing stamps but when it orders more, it will get barcoded ones.

This is an edited version of an article that first appeared on the Money Saving Expert website and we acknowledge their ownership of the copyright in this article.