Confessions of an Amazon virgin 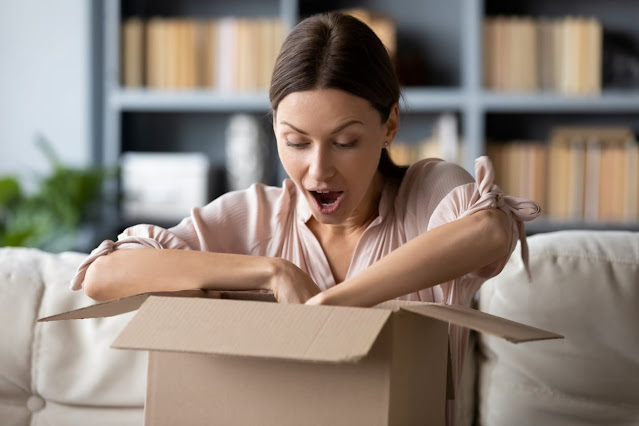 I have a confession to make. I am an Amazon virgin. Unlike the vast majority of people in Britain, I hardly ever buy goods from Amazon. This puts me in the minority, because a massive 86% of people in the UK shop at Amazon, which sells over 600 million products in the UK alone. Around 70% of people buy from Amazon at least once a month, while 17% use the online marketplace every week!

In fact Amazon.co.uk is by far the biggest online marketplace in the UK, followed by Tesco and Argos. In 2020 Amazon had a UK turnover of £4.8 billion, and it currently employs over 40,000 people based at around 30 massive distribution centres across the UK. (In the USA, Amazon have an incredible 1,137 distribution warehouses!)

Why I didn’t use Amazon myself. Up until now.

Over the years, I’ve only bought a small handful of products from Amazon (mainly books) and this has been because of my fear that if a product isn’t suitable, then it will be a lot of hassle for me to return it and get a refund.

How wrong I was! Earlier this week, I placed an order for a professional quality microphone for use in film making. After doing my research, I decided on a model made by Audio Technica, which was highly recommended by an independent magazine that reviews camera products.

The microphone arrived a day early. From a customer service perspective, this was great for me personally. But it also taught me the lesson of never paying extra for faster delivery, because I opted for the ‘free delivery’ option, when I could have paid £6 extra for ‘fast’ delivery. Either way, I would have still received the product on the same day - so why pay extra for fast delivery when you don’t need to?!?!

But then the problems started. Although it produced excellent sound reproduction, the microphone didn’t have the same technical specifications as described on the Amazon website. For many people this wouldn’t have really mattered, but for complicated reasons, this did matter a lot to me. So I decided to return the product for a refund, with a view to buying a Sony model that had the correct technical specs for what I needed.

Groan!! I knew this was going to cost me several pounds to return the product by recorded delivery. Plus it was going to be a load of hassle to get it packed and posted back to Amazon. And then there was the risk of never even receiving a refund if the Amazon customer service department argued that there was nothing wrong with the microphone.

But how wrong I was!! Within a few minutes of going onto the Amazon website, I discovered that they accepted returns on this product, regardless of the reason. There was no cost to send the item back. And the process was dead easy, with lots of different ways to return the item. I opted to take the parcel to my local Post Office, and they sorted it all out for me in super-quick time. So much easier than I expected - and at zero cost to me.

And hey presto!! A new Sony microphone is heading straight to my house right now, and the refund will be in my bank account within a few days. Everything was just so simple, and all my fears about buying goods from Amazon have been allayed.

So it’s 10 out of 10 from me for Amazon’s brilliant customer service. But we all know that good customer service is not the only important aspect of business success. There is also another side to this story, which I discovered last night when I watched a new TV documentary about Amazon.

‘Amazon: How Do They Really Do It?’

Amazon might have superb customer service - but what are they really like as employers? The documentary on Channel 5 looks at the history, practices, and controversies behind the world's largest retailer.

The programme (entitled ‘Amazon: How Do They Really Do It?’) tells the story of how the company began, and includes archive footage of owner Jeff Bezos talking about its future, and its journey to becoming one of the world’s biggest brands.

The documentary also features an undercover Amazon worker who claims that staff were threatened with disciplinary action if they called in sick or spent too long in the toilet.

Author James Bloodworth, who is featured in the documentary, worked undercover in the Staffordshire branch in 2018, and he claims that the team ‘weren’t treated like human beings’.

According to James: “If you had a day off sick, you had a disciplinary, and if you received six of these you would lose your job. You were treated like a piece of data on a spreadsheet.”

In the documentary, Amazon denied Bloodworth’s claims and said his accusations were ‘sensationalised.’

An Amazon spokesperson said: “James Bloodworth worked at Amazon for only nine days almost five years ago, with the sole purpose to create negative content for his book. This is a tired narrative created to sell a book and despite his negative experience and views on the company, Mr Bloodworth found no issues selling the book on Amazon.”

Other Criticisms of Amazon

Amazon has also been repeatedly criticised for the high rate of serious injuries in its warehouses (alleged to be almost 80% higher than at other warehouses).

In December 2021, the death of six Amazon workers after a warehouse collapsed during a tornado in Chicago, brought to light the company’s working conditions.

The company was set up in 2004 in Bellevue, Washington, USA, as an online book retailer by Jeff Bezos. Bezos (then a former Wall Street Executive) chose the name because its first letter began the alphabet and for its connection to the huge South American river. Bezos is currently the second richest man in the world with a fortune estimated to be £177 billion.

Bezos sold $8.8 billion of his Amazon stock in 2021 and he also gave some shares away. Bezos, is still the company's biggest individual shareholder, with 55.5 million shares (about 11.1% of the shares). But the company is now mainly owned by asset management companies and institutional shareholders.

Will I use Amazon after watching this documentary?

Over the last week I have been greatly impressed by the superb customer service offered by Amazon, but I’ve also become concerned about some of their business practices. Will it stop me from using Amazon in the future? Definitely not. But it does take the gloss off the whole buying experience when you know that a company which gives such a brilliant experience to its customers, is not treating its hard-working employees as well as it should.