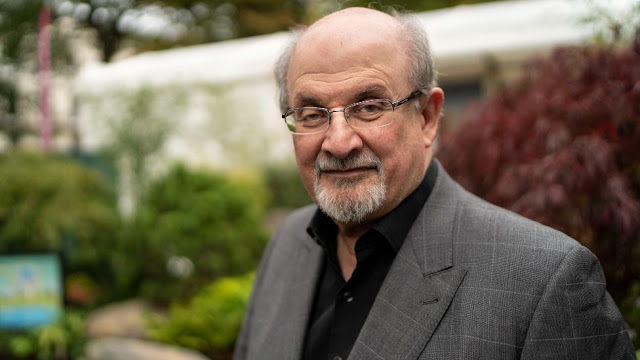 Sir Ahmed Salman Rushdie CH FRSL was born on 19th June 1947. He is an Indian-born British-American novelist, whose work often combines magical realism with historical fiction and primarily deals with connections, disruptions, and migrations between Eastern and Western civilisations.

Rushdie's second novel, Midnight's Children (1981), won the Booker Prize in 1981 and was deemed to be "the best novel of all winners" on two occasions, marking the 25th and the 40th anniversary of the prize. His fourth novel, The Satanic Verses (1988), was the subject of controversy. Death threats were made against him, including a fatwa calling for his assassination issued by Ayatollah Ruhollah Khomeini, the Supreme Leader of Iran, in 1989.

Here are my 10 favourite inspirational quotes by Salman Rushdie:

“Discovery is fun. I am incredibly open to everything.”

“There is no such thing as perfect security, only varying levels of insecurity.”

“What is freedom of expression? Without the freedom to offend, it ceases to exist.”

“If you're offended, it's your problem.”

“I hate admitting that my enemies have a point.”

“Memory is a way of telling you what's important to you.”

“When people do the cowardly thing, it's not about respect, it's about fear.”

“A purpose of our lives is to broaden what we can understand and say, and therefore be.”

“If my child had prejudice in his head, I'd be ashamed. I would see it as my failure as a parent.”