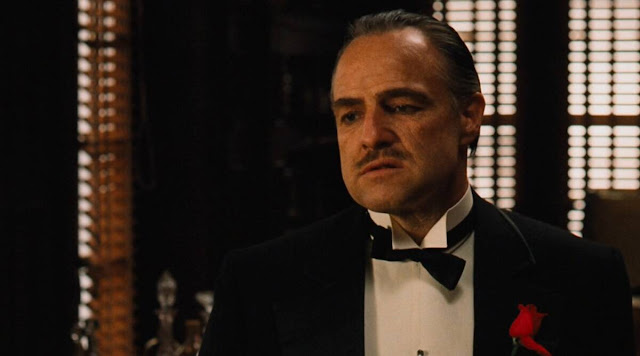 The Godfather is a 1972 American crime film directed by Francis Ford Coppola, who co-wrote the screenplay with Mario Puzo. It is based on Puzo's best-selling 1969 novel of the same title.

Many people just see The Godfather as a crime film, but I believe it offers an entire philosophy on how to achieve success in life and in business. For me, this is a film about gaining success from hard work, honesty, trust, reliability, interpersonal skills, resilience, and (most importantly) giving loyalty to those that have served you.

Below I have listed my 20 favourite inspirational quotes from The Godfather which are relevant to both our personal lives and to business.

“Never hate your enemies. It affects your judgment.”
Michael Corleone

“I’m not interested in things that don’t concern me.”
Don Vito Corleone

“Keep your friends close, but your enemies closer.”
Michael Corleone

“Your enemies always get strong on what you leave behind.”
Don Vito Corleone

“I have learned more from the streets than in any classroom.”
Don Vito Corleone

“I don’t like violence ... I’m a businessman. Blood is a big expense.”
Virgil (The Turk) Sollozzo

“I respect those who tell me the truth no matter how hard it is.”
Michael Corleone

“The lawyer with the briefcase can steal more money than the man with the gun.”
Don Vito Corleone

“I want reliable people - people who aren’t going to be carried away.”
Don Vito Corleone

“We don’t discuss business at the table.”
Santino (Sonny) Corleone

“Power wears out those who do not have it.”
Calo

“The richest man is the one with the most powerful friends.”
Don Altobello