Enough is enough! I will NEVER shop at Lidl again 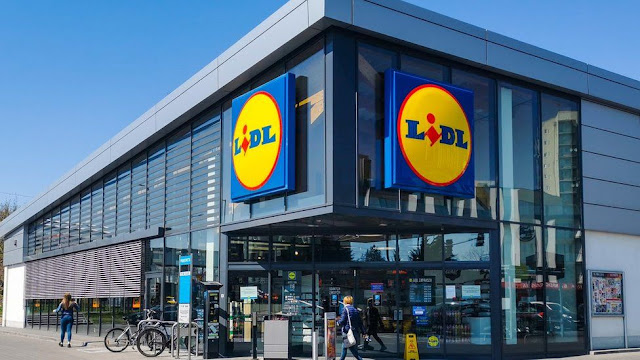 Okay, that's it. Enough is enough. I am never going to do my shopping at Lidl ever again.

Regular readers of this blog will know that I've had numerous problems with Lidl over the years, mainly to do with being overcharged. But if you read my most recent article about them, you’ll know about the incredibly rare occasion when they actually UNDER charged me, and I dishonestly decided not to tell them!

My logic was that, because they have overcharged me on so many occasions, this single occasion of being under charged would allow me to recoup a little bit of the money from all the other occasions I have visited their stores. (You can read the article about me being under charged by clicking here).

You might be wondering why I even bother shopping at Lidl when I moan about them so often. It's simply because Lidl is the nearest supermarket to where I live in Leeds, and I only go there because it's convenient. Well, technically speaking, it's not even the closest supermarket to my house as there is a branch of Asda just around the corner. But it's only a tiny branch of Asda that often doesn't stock the items that I want to buy. So going to Lidl is the easiest option for me, as I know they will stock all the main staple items that I require each week.

So what has happened since the last article I wrote about them? Unfortunately it's just been more of the same. I have been visiting my local Lidl  about once a week, and I can honestly say that on OVER HALF these occasions, my till receipt shows at least one or two items that have cost more than the price stated on the shelf.

Usually this is only a few pence, so I try to give them the benefit of the doubt. After all, at the moment we are going through a period of high inflation (especially on food) and I totally understand that sometimes prices go up by a few pence before the price has been changed on the shelf. So despite this happening to me at least six times in the last few months, I haven't bothered to ask for my money back, because the amount concerned was quite small.

The Straw and the Camel

Today, the 'straw' broke the proverbial camel's back. I went into my local branch of Lidl and only bought three items (milk, cheese, wine). On checking my till receipt, I found that the wine was 50 pence more than clearly stated on the shelf.

OK, so 50 pence is not a massive amount of money. But this is happening to me literally week-in-week-out. Goodness knows how much I have been overcharged in the last year! Certainly a heck of a lot of money!

But Lidl don't make it easy to get a refund. There is no customer service desk, so you have to go back to the checkout operator who served you to beg for a refund. And there's a good chance that they will be busy serving another customer. In addition, it's embarrassing to have to ask for a refund for only a few pence, which means holding-up a long line of frustrated customers who are angry with you because you are delaying the queue.

But today I was so fed-up with being overcharged every week, that I decided to ask for my money back NO MATTER WHAT!

I thought she would be apologetic, but no, she made me feel as if I was doing something wrong just by asking for a refund for the amount I had been overcharged! And there was a long queue of irate customers, clearly annoyed with me for daring to hold up the queue. In fact this checkout operator was quite rude to me, and she just couldn't understand why I was bothered about getting ‘only’ 50 pence back.

Yes, I agree that 50 pence isn't much money. But there is a principle at stake. If this had been any other supermarket, then I wouldn't have even bothered asking for a refund. But I felt that it was time for me to take a stand, because incorrect charging by Lidl happens so bloody often!

Is anyone from Lidl reading this?

So now I'm going to say something slightly controversial, and I challenge anyone who works at Lidl Head Office to get in touch with me to give their side of the story. In fact, if anyone from Lidl wants to contact this blog by clicking here - then I will be very happy to publish their response to what I'm about to say.

I believe that Lidl are deliberately putting their prices up due to inflation, but are then deliberately NOT changing the prices stated on the shelf, in the hope that their customers won't notice. Or if the customer does notice the discrepancy, then it will be far too much trouble for them to ask for a refund.

I also believe that Lidl's claim to be a 'cheap' supermarket is laughable, because when you take account of all the overcharging that goes on, your final shopping bill is actually no cheaper than going to one of the 'big four' supermarkets - Asda, Tesco, Sainsburys, and Morrisons.

In the past, I have used all of the supermarkets listed above, and I have NEVER been overcharged by any of them. For that matter, whenever I have visited Lidl's main rival - Aldi - I have also never been overcharged by them either. IT ONLY HAPPENS AT LIDL !!!!

It is my honest view that Lidl are doing this deliberately. It is sharp practice; it is ripping-off their loyal customers; and it's about time that Lidl were exposed for this dishonesty.

After several years of Lidl being my ‘supermarket of choice’, I have decided that enough is enough. I simply do not trust them any more, and I will never shop there again.

NB: This article has been copied to Lidl head office to give them the right to reply, but I would be very surprised if I hear back from them!